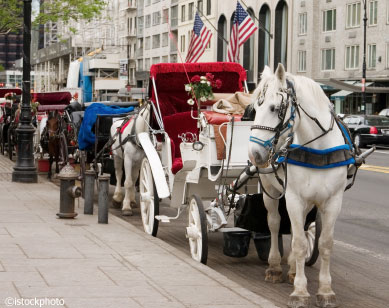 For the quintessential tourist experience in New York City, visitors head to the top of the Empire State Building, window shop on Fifth Avenue and visit Times Square. In between consuming an oversized slice of pizza and taking in a show on Broadway, many tourists will squeeze in a carriage ride around Central Park. But that romanticized piece of the Big Apple experience might be ending soon if the city’s new mayor follows through with his promise.

Newly inaugurated mayor Bill de Blasio told reporters this week that the days of carriage horses in the middle of one of the world’s largest cities would end.
“We are going to quickly and aggressively move to make horse carriages no longer a part of the landscape in New York City,” de Blasio said. “They are not humane. They are not appropriate to the year 2014. It’s over.”

De Blasio is advocating replacing the horse-drawn vehicles with environmentally friendly electric vehicles designed to look like antique cars. According to de Blasio’s website, his plan to ban carriages includes provisions for the horses and drivers formerly employed in the carriage business.

“We can provide a humane retirement of all New York City carriage horses to sanctuaries, and replace them with electric, vintage-replica tourist-friendly vehicles that provide jobs for current drivers.” [Source]

Outgoing mayor Michael Bloomberg had stood behind the carriage drivers, who maintain that their animals are well cared for and that the jobs the carriage industry provides are irreplaceable. Bloomberg’s daughter, top-level show jumper Georgina Bloomberg, took a different stance, speaking out in favor of the campaign to ban horse-drawn carriages in the city.

After 12 years of the Bloomberg administration, the carriage industry appeared to be poised to lose mayoral support regardless of the outcome of the 2013 election. Mayor de Blasio’s opponent, Joe Lhota, also supported a ban on carriages.

Carriage drivers and other industry supporters argue that the service they offer is a tradition that brings families to New York and a business that provides good jobs. They state that drivers take excellent care of their animals and point to regulations that mandate that horses get a minimum of five weeks off each year and prevent them from working in extreme weather conditions.

Supporters of the ban point out that horses are not a part of the modern urban experience—visitors aren’t drawn to New York City specifically to see farm animals and the abolition of horses won’t affect tourism. Moreover, they argue that the lifestyle of a carriage horse in the city is inherently inhumane. Horses work on the street, breathing in exhaust from city traffic and risking injury from automotive accidents. They live in urban stables that don’t provide the regular turnout that horses need for optimal health and soundness.

Carriage industry supporters and animal welfare advocates have both expressed concerns about the fate of the retiring horses. While de Blasio’s plan says the horses will be retired to sanctuaries, it doesn’t elaborate on where those sanctuaries are or how the horses’ retirement will be funded. Furthermore, the horses are privately owned and once retired, their fate is out of the city’s control. An owner who can’t afford to fund a horse’s retirement might end up selling the horse through auctions or to slaughter.

If the ban is passed, New York will join London, Toronto, Paris, Santa Fe and Las Vegas—among others—on the list of cities that have abolished horse-drawn vehicles from their streets. 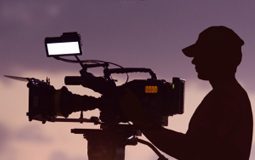