Nominations are now open for the Equine Industry Vision Award, the first of its kind to showcase innovation across the entire equine market, as well as ingenuity and service. Zoetis, formerly Pfizer Animal Health, enters its 13th year as sponsor of the prestigious award in partnership with American Horse Publications (AHP). 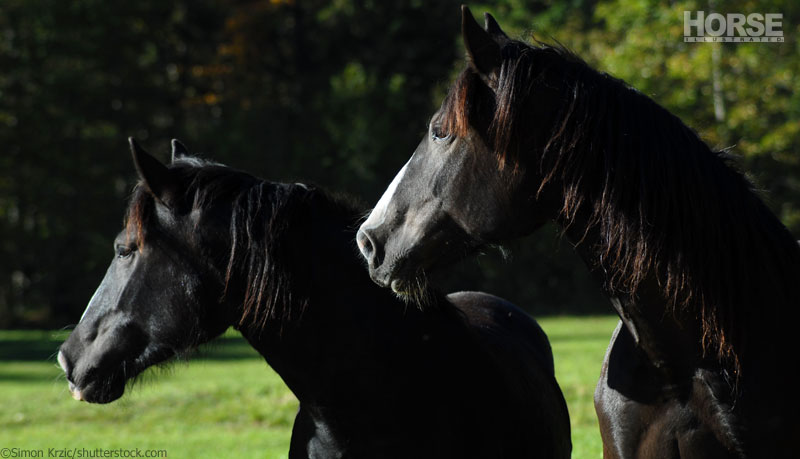 Since its inception in 2002, there have been many worthy nominees for the Equine Industry Vision Award. Anyone is eligible to be nominated, re-nominated, or to nominate a candidate for the award. Nominees may include individuals and/or organizations. Candidates may be considered for a single outstanding visionary achievement or for sustained outstanding contributions that have made a profound impact on the equine industry.

The 2014 Equine Industry Vision Award will be announced during a breakfast ceremony sponsored by Zoetis on June 20, 2014, during the AHP Gallop n’ Grits Seminar in Charleston, S.C. The names of award recipients are engraved on the Equine Industry Vision Award Perpetual Trophy, created in the finest full lead crystal by master artisan Peter Wayne Yenawine and commissioned by Zoetis. The winners receive a smaller version of the award as a memento of this unique recognition.

“Zoetis is proud to carry on this tradition for the 13th consecutive year. We are honored to recognize the new and past winners who positively impact the equine industry,” said Kate Russo, marketing manager, Equine Vaccines, Zoetis.

Past award winners are truly visionaries who have contributed to the growth and preservation of the equine industry. If you know an individual or organization that deserves to be recognized for their vision and contribution in 2014, the deadline date for nominations is on or before Feb. 5, 2014.

Past recipients of the Equine Industry Vision Award are:

Nomination information is also available at the AHP website at AmericanHorsePubs.org. All materials will be due on or before Feb. 5, 2014.