Home Horse News Road to the Horse is Under Way in Lexington, Kentucky

When spectators attend an equestrian event, they typically see horses and riders performing at their best, showing off the result of all the training and hard work they’ve done at home. But what if that hard work, the process of bringing an unbroke horse along to become a reliable riding horse, was the event? That’s the idea behind Road to the Horse, also known as the World Championship of Colt Starting.

Since 2003, top trainers have competed in Road to the Horse, training a young horse in front of an audience and a judging panel over the course of a weekend. The list of past winners reads like a who’s who of horsemanship clinicians, featuring big names like Clinton Anderson, Craig Cameron and Stacy Westfall.

This year, the stakes are high as each competitor is representing a different country.

Antoine Cloux was born in Geneva, Switzerland where his training operation is based. Cloux is a lifelong rider, but first became interested in the natural horsemanship and vaquero styles of riding and training when he visited the U.S. in 1996 and participated in a clinic with Bryan Neubert and Buck Brannaman. He has traveled around the world working with horses in the U.S., Australia and South America. He specializes in starting young horses as well as training horses for polo, racing, jumping and dressage.

Dan Steers is well-known as part of Australia’s Double Dan Horsemanship with his friend and a past Road to the Horse champion, Dan James. Steers’ background is with cattle events including cutting and campdrafting. He’s an in-demand clinician around the globe and continues to compete in his native Australia.

Jonathan Field is a highly respected horsemanship clinician based in British Columbia, Canada. His early years working as a cowboy and later, a stint as an apprentice for Pat Parelli, helped solidify his identity as a skilled trainer and teacher of aspiring horsemen and women. 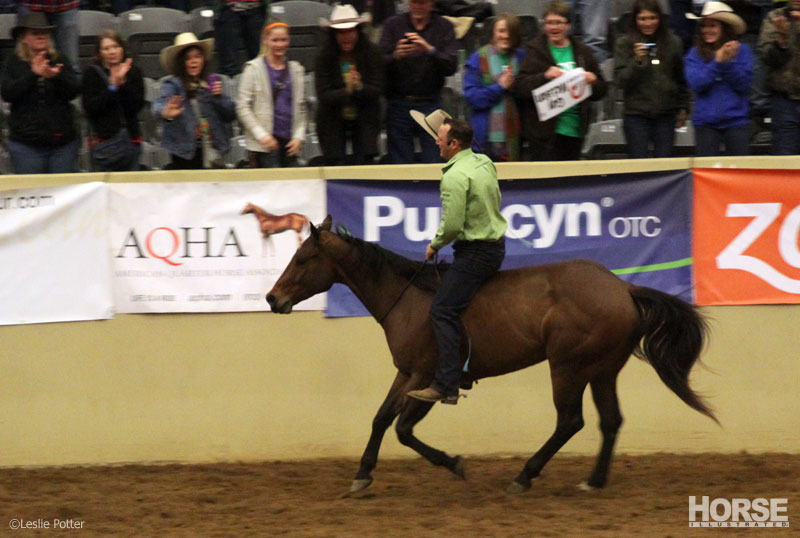 Guy McLean takes a bridleless victory lap after being named 2013 Road to the Horse champion.

The final competitor will fill the wild card spot, completing a journey that started a year ago at the 2013 Road to the Horse. Eight aspiring competitors each took home one of the young geldings from the 6666 Ranch Remuda. Over the past year, they’ve worked with their horses to prepare them for this week. The wild card competition kicked off with the first round last night, and the final round will take place this afternoon. The winning wild card competitor will join the other three trainers to compete for this year’s championship.

Spectators can watch throughout the weekend as the trainers work with their colts and explain their process. The main event will take place on Sunday when each competitor will present their horse to the judges. They’ll be asked to complete a set of required skills and maneuvers, ride their horse through an obstacle course, and, if enough time remains, they can throw in their own freestyle elements to separate their horse from their competitors’ horses. 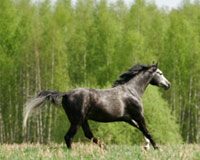