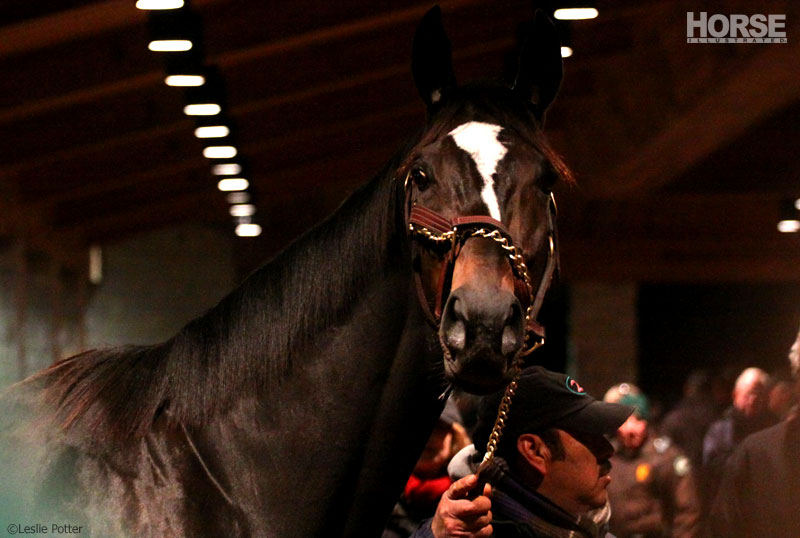 Zenyatta met with her fans in Kentucky in December 2010 after her final race and just before relocating to Lane’s End Farm to begin her broodmare career. Photo: Leslie Potter
The Queen has a new heir as of Sunday, April 20.

A filly was born to champion racehorse Zenyatta just after midnight on Easter Sunday. Both mom and baby are in good health at Lane’s End Farm in Versailles, Ky., which has been Zenyatta’s home since her retirement from racing at age six in late 2010.

The unnamed filly, sired by War Front, is bay with a blaze like her mom. She’ll be known as 14Z, marking her year of birth and dam’s first initial, until her official Jockey Club name is selected, which could take some time. Her half-brother was known as 13Z until he received the name Ziconic just last week. Her other half-brother, Zenyatta’s first foal, is now known as Cozmic One.

Zenyatta and her filly enjoyed their first turnout together on Easter Sunday. To see photos of the new baby, visit Zenyatta.com.

Billionaire???s Wife Steps Up to Save Wild Horses