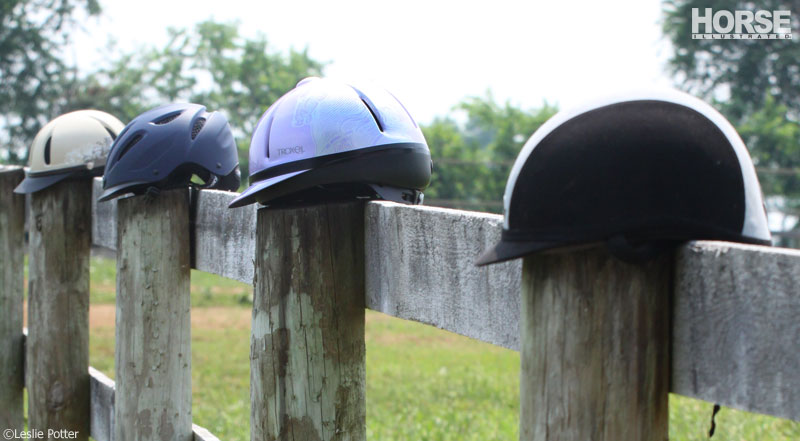 This month, Riders4Helmets.com, the popular helmet awareness campaign, is celebrating its four-year anniversary of educating equestrians on all aspects of helmet safety, by hosting a monumental giveaway. Lucky equestrians could win one of 28 helmets, a Charles Owen Body Protector, Tipperary Body Protector, or an iPad Mini.

“In recognition of our four-year anniversary we wanted to do something really special to thank the many equestrians who have supported the Riders4Helmets campaign over the years,” said Lyndsey White, Riders4Helmets founder. “The campaign has grown bigger than we ever could have imagined, and we are proud to know that it has made a difference in the lives of many people around the globe.”

The helmet giveaway is open to legal residents of the USA and Canada, while the iPad Mini giveaway is global and open to equestrians in any country. Equestrians may register for the giveaway by visiting www.riders4helmets.com/register-for-giveaway/. The registration closes midnight EDT on Sunday, May 24, 2014.

“We are sincerely grateful to the sponsors of both the helmet and iPad giveaway”, said Chad Mendell, Riders4Helmets. “Without the support of generous sponsors, Riders4Helmets would not be able to offer these amazing prizes and provide the free safety education that we do.”

Giveaway winners will be selected at random and announced on Riders4Helmets.com on Tuesday, May 26, 2014. Official giveaway rules can be found at: www.riders4helmets.com/official-rules/

Riders4Helmets was founded in early 2010 after Olympic dressage rider Courtney King Dye was seriously injured in a riding accident. King Dye, who remained in a coma for a month following her accident, was not wearing a helmet at the time of the accident, and is still undergoing rehabilitation.

Further Reading
The Helmet Argument
How to Fit an Equestrian Helmet