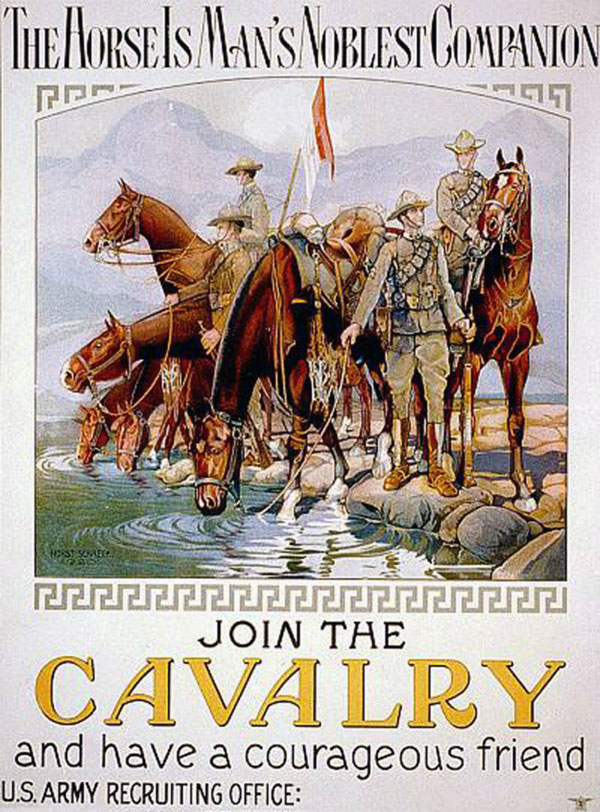 A 1920 recruiting poster for the U.S. Cavalry. Image source: Library of Congress.
Today is Memorial Day in the United States, a day set aside to remember those who served in the armed forces. Horses have been drafted into service throughout the country’s history, from the inception of the U.S. Cavalry during the American Revolution to recent conflicts in Afghanistan. So today, while you’re enjoying the beginning of the summer season and thanking the humans who served, take a moment to remember the role of the horse in our country’s history.

Here are just a few of the notable horses that served in the Armed Forces. 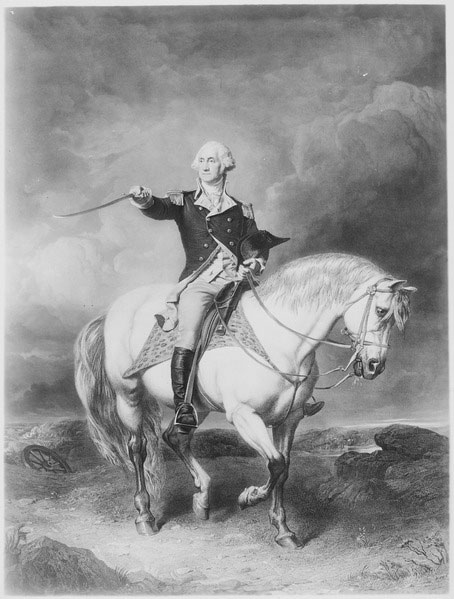 Washington Receiving a Salute on the Field of Trenton. 1776. Painting by John Faed. Image source: Wikipedia

Nelson was the preferred mount of George Washington during the later years of the American Revolution. According to mountvernon.org, Nelson was given to Washington as a gift in 1778 and quickly became his choice in battle as he was said to be less skittish than Blueskin, Washington’s other mount. Both Nelson and Blueskin survived the war and enjoyed a pampered retirement at Mount Vernon. 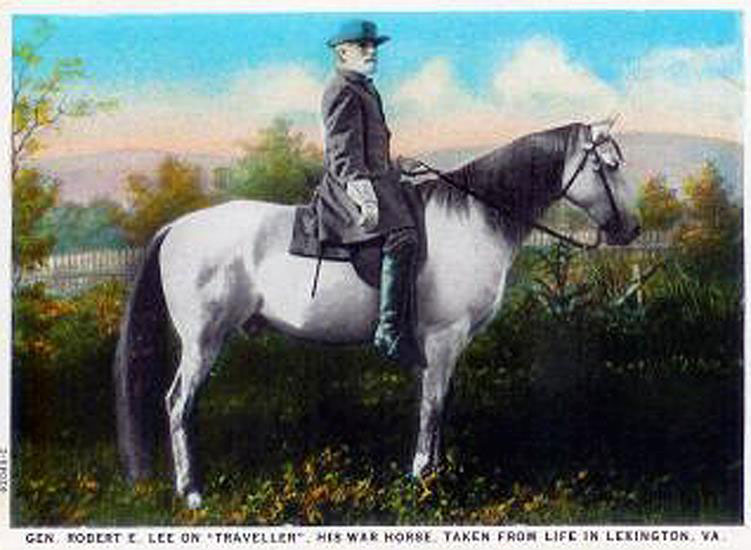 Traveller, (spelled with a double L in the British style) a gray Kentucky Saddler (American Saddlebred), was Confederate General Robert E. Lee’s most famous mount during the Civil War. After the war, Traveller remained with Lee and was even part of the General’s funeral procession in 1870. 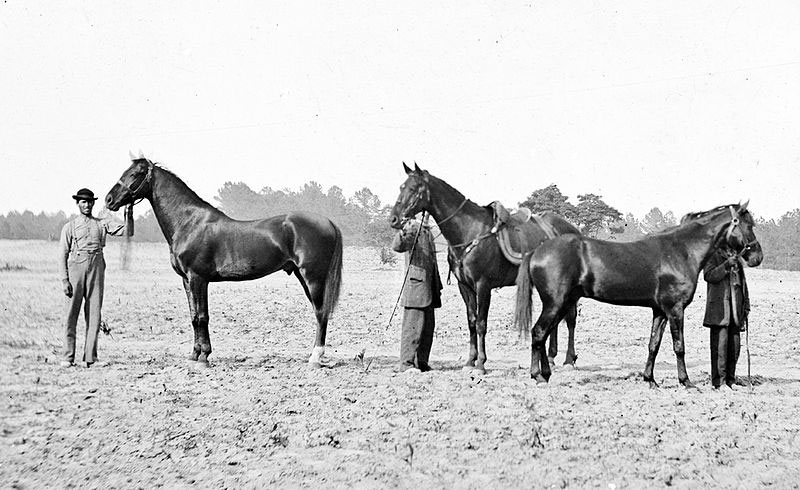 Cincinnati was the mount of Union General Ulysses S. Grant during the Civil War. The remarkable 17-hand Thoroughbred became famous when Gen. Grant rode him to Appomattox Court House to negotiate the Confederate Army’s surrender at the end of the war in 1865. 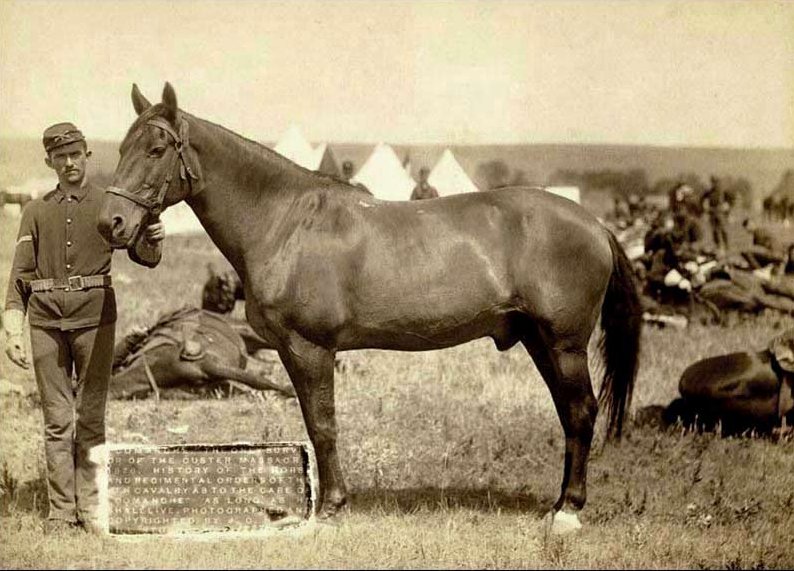 Comanche, a small bay gelding of mixed breeding, was the only survivor of the Battle of the Little Bighorn. He was ridden by Capt. Myles Keogh in several battles, including Little Bighorn, and was known for stoicism in the face of attack and even injury. After surviving that final battle, he lived out his days as a sort of military mascot and was believed to be 29 years old when he died in 1891. 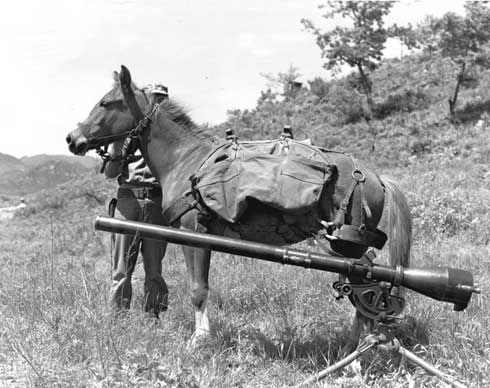 Sergeant Reckless was a veteran of the Korean War, purchased by American Marines from a stableboy at a Seoul racetrack. Reckless was a mare of Mongolian breeding and was trained to be a pack horse, a role that earned her military honors, including two Purple Hearts and a Marine Corps Good Conduct Medal. After the war ended, Reckless was imported to the U.S. where she remained until her death in 1968 at age 20. She was recently recognized with a statue at the Marine Corps Base Camp Pendleton. Read more about Reckless here. 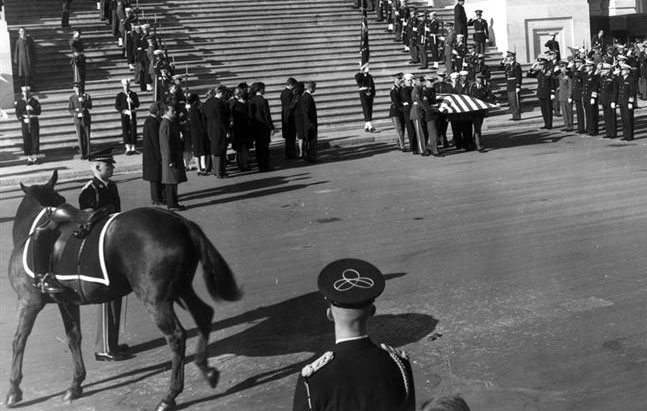 Black Jack was a famous military horse, although he never served in battle. He is best known for serving as the riderless horse in more than 1,000 military funerals, including that of John F. Kennedy. Reports on his breeding vary, but he is typically identified as full or part Morgan. He died at age 29 in 1976 with full military honors.

Like this article? Here’s more on horses in the military.
War Horse Collection Now Available for Viewing
Famous Horses of the Civil War
Sgt. Reckless Honored at National Museum of the Marine Corps
Fort Bragg Announces Closure of Military Stables