Home Horse News Can you tell when a horse is stressed?

In this age of social sharing, you may have encountered armchair experts offering their opinions on horse videos and photos across the Internet. But how much can a person really tell about a horse’s stress level just by watching? Researchers from England’s Nottingham Trent University sought to find out. They presented their findings at last week’s International Equitation Science Conference. 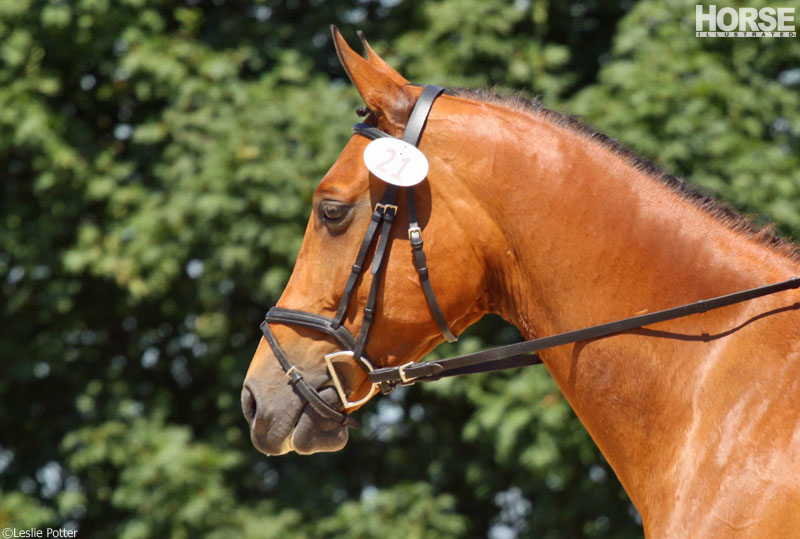 Perception vs. reality: Does a high head carriage and a nose in front of the vertical mean a horse is tense, or is he relaxed? Photo: Leslie Potter
Your average Internet commenter is likely an amateur with opinions and some spare time. But for their research, Carol Hall, Rachel Kay and Kelly Yarnell recruited a panel of four riding instructors, four professional riders and four veterinary surgeons to find out how experienced professionals would rate a horse’s stress level based on video footage. The video showed 10 different horses performing a 2-3 minute ridden test that included walk, trot and canter. The professionals were asked to assess the horses based on seven performance parameters derived from the Fédération Equestre Internationale (FEI) rules for dressage (relaxation, energy, compliance, suppleness, confidence, motivation and happiness).

Scientists separately analyzed the same footage, recording behavior indicators including the position and movement of the ears, head, neck and tail as well as head carriage and nose angle (in front of, at or behind the vertical.) The researchers measured eye temperature and cortisol, a hormone linked to stress, during each horse’s ridden test to determine the actual stress level.

The instructors were also the only group to rate a vertical nose position positively. Overall, the professionals gave a negative assessment to horses that went with their nose ahead of the vertical, even though the FEI guidelines state that a horse’s nose should always be slightly in front of the vertical. The stress indicators back up those guidelines. Temperature increased with the duration of the nose carried behind the vertical and decreased when the nose was carried ahead of the vertical.

Although the study is preliminary and would require follow-ups for more information, it appears that even experienced professionals don’t always assess a horse’s demeanor correctly when evaluating a video. Keep that in mind the next time you see a harsh critique on YouTube.