Home Horse Riding and Training Horse Riding Disciplines A bronze for Beezie in individual show jumping at the 2014 Alltech... 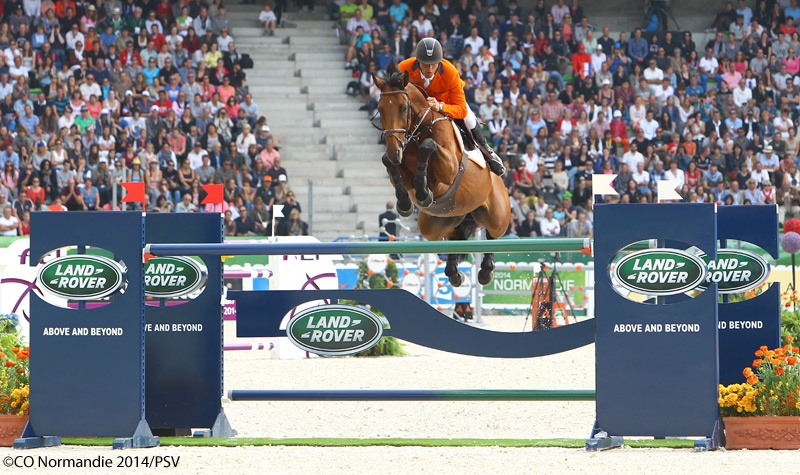 The 2014 Alltech FEI World Equestrian Games concluded today with show jumping’s final four. In this round, the top four riders return to complete a course on their own horses, then swap mounts with their competitors to complete the same course another three times on the other horses.

The final four competitors were:

Rolf Goran Bengtsson had an unfortunate rail down in his first round with his own horse, Casall Ask. The other three went clear for the initial round.

Bengtsson was the first to return for round two, this time mounted on Dubbeldam’s Zentith SFN. He had one rail down and two time penalties added to his score. Madden had one rail in the middle of the triple combination with Casall Ask, but stayed within the time to pick up just four penalties. Delaveau went clear with Cortes C, as did Dubbeldam with Orient Express HDC.

Madden was up first with Zenth for round three. Another four faults, this time from the third fence of the triple, went on to her score. Delaveau left the rails up with Cassal Ask, but picked up a single time fault. Dubbeldam went double clear with Cortes. Bengtsson was having a perfect round with Orient Express until a heartbreaking rail on the final jump.

Delaveau started the final round with Zenith. He went double-clear, guaranteeing at least silver. Dubbeldam would have to go clear with Casall Ask to hang on to his gold, and he did, adding an individual championship to the Netherlands’ team gold earlier in the week. That left just the bronze medal up for grabs.

Bengtsson had a clear round on Cortes, but with 14 faults carrying over, he would need Madden to make several mistakes in order to secure a medal. Madden had a rail down in the triple, but with a six fault lead over Bengtsson, she could still take a medal if she rode carefully. She pulled it off, nabbing the bronze. 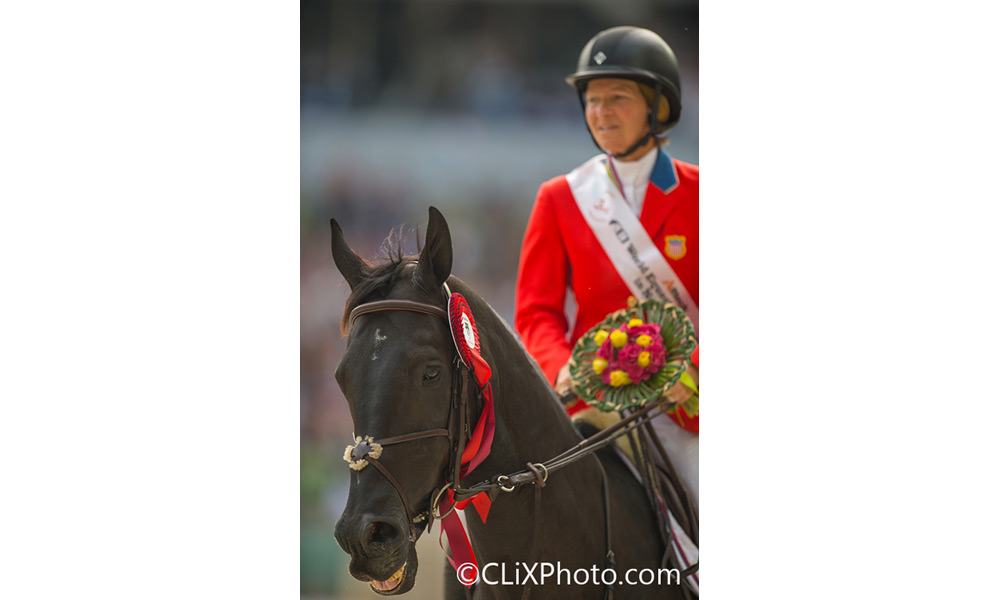 Beezie Madden and Cortes C of the U.S. Photo: CLiXPhoto.com

Notably, Cortes C took the distinction of being the only horse to go clear with all four riders, an honor earned by the great Hickstead in 2010.

The show jumping final concluded competition at the 2014 WEG with just the closing ceremonies left to go. The next games will take place in 2018 in Bromont, Canada.

Catch up on all the World Equestrian Games news at HorseChannel.com/Normandy2014.