Quarter of a football game. Half of a soccer match. Period of hockey game. Inning of a baseball game.

Chukka. The time period of a polocrosse tournament. 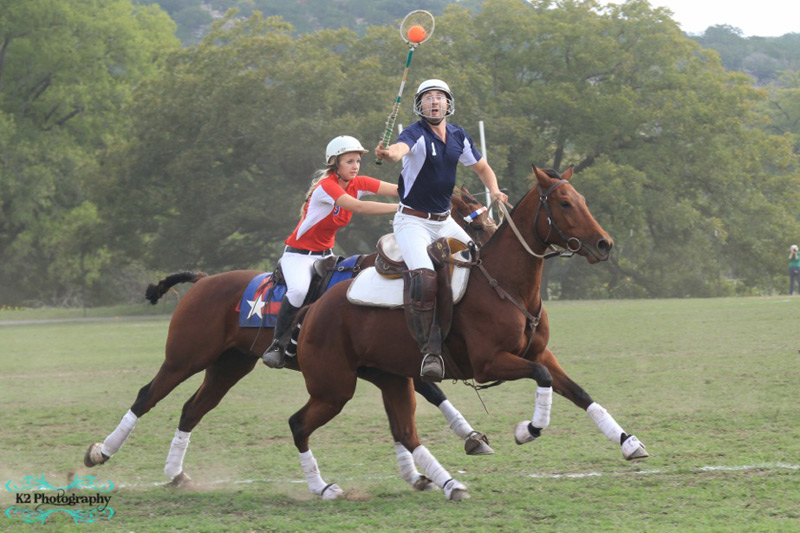 A polocrosse tournament. Is it polo? Lacrosse? While it has elements of both, it’s a sport all its own.


Polocrosse can be played on grass or dirt field and teams score points by throwing a ball through the opposing team’s goal posts – all on horseback, of course.

That may still be hard to understand without a visual. The American Polocrosse Association has a diagram of a regulation field on their website, www.americanpolocrosse.com.

I had the opportunity to play polocrosse when I worked as an English horseback riding camp counselor at Camp Waldemar in the Hunt, Texas. It’s such a fun sport, and I learned a lot through working with the campers who had been playing at the camp previous summers.

In polocrosse, players catch, carry and throw the ball with their racquets. A polocrosse racquet can be described as a cross between a lacrosse stick and a polo mallet.

Each team has three players who play specific positions on the field, and there are strict rules that help ensure the safety of horses and riders. Each chukka is usually between 6 and 8 minutes in length, and games usually have between four or six chukkas. 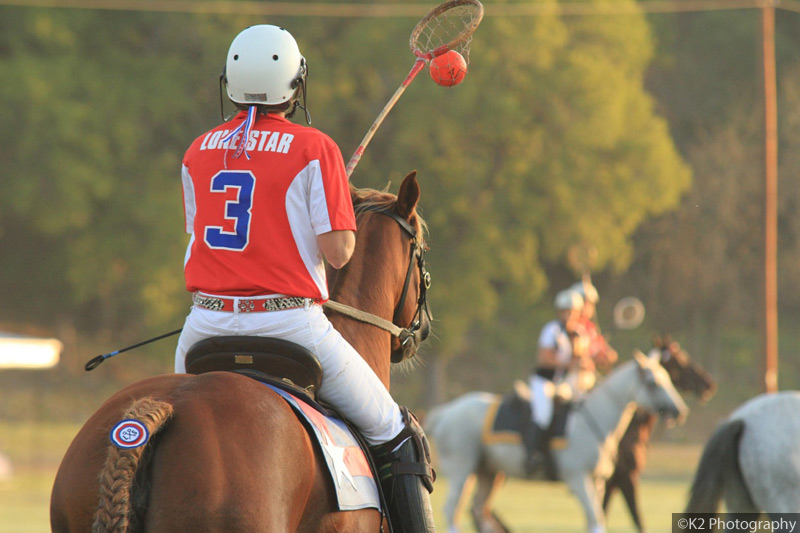 “Polocrosse is my happy place,” says Summer Kneese, a polocrosse player who has been involved in the sport for almost 20 years.

“Defense is all about strategy,” says Kneese. “I love strategy.”

The other two positions, as you might have guessed, are 1 and 2. Position 1 is the primary offensive player and the only player allowed to score goals. As a 1 approaches the goal line, he or she must bounce the ball to carry it into the area of the field closest to the goal – where scoring can happen. That bounce is crucial because the opposing team’s defense (Position 3) is more than ready to snag that ball during the bounce.

While positions 1 and 3 faceoff as offense and defense, position 2 plays the midfielder position. (Now do you see the reason behind those Ralph Lauren polo shirts with the large 1, 2 or 3?

“Our club is very family oriented,” says Kneese. “There’s a place for everyone. Safety is our priority, and it’s a hobby. As long as you’re having fun, people want to keep coming and the sport grows.” 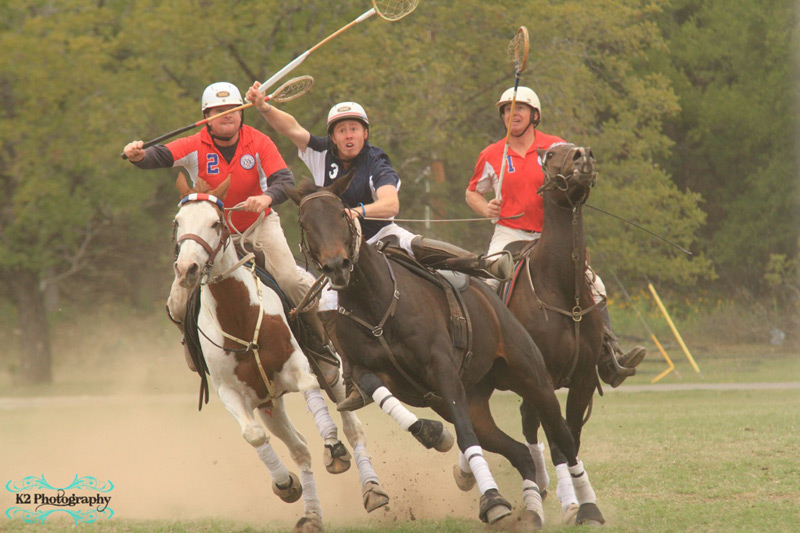 If you’re interested in learning to play polocrosse, you have to start with the solid horsemanship skills.

“Get your basics down because safety is the first priority,” Kneese explains. “We really cherish our horses.”

You need to be confident in your hand, seat and leg aids before you bring a polocrosse racquet into the mix. You don’t want to harm your horse while you learn to handle the racquet.

Kneese says the best skill to have as a polocrosse rider is a good horse and rider connection. You and your horse have to work together as a team.

There’s a lot of finesse in the sport of polocrosse, and there’s also a lot of fun in store. Visit www.americanpolocrosse.org to find current clubs and members.

Liked this article? Here are others you’ll love:
The Near Side: If it’s not football, it’s horseball
Video: Adventures in Polo