Home Horse News Are You Even Listening? 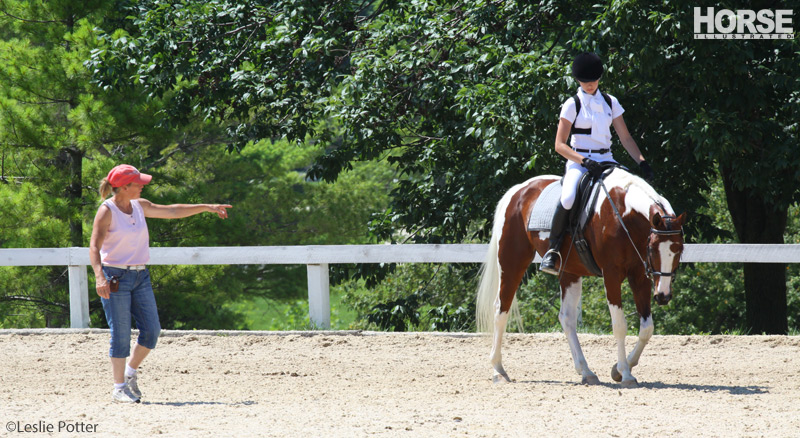 She was my first engineer. And so far it was not going well. The more clearly I tried to instruct her, the more disorganized she became in the saddle. The more times I answered her questions with answers like “well, that depends,” the more uptight she got. I strained and struggled, squinted and sorted through every possible way to reach her, but the results just did not arrive. The student seemed to be riding around ignoring me, which really was starting to annoy me.

Finally, I called her over and looked up at her face which was pinched with concentration and frustration. So, maybe she had been listening? I blinked in the awkward silence between us, feeling myself enter the funk familiar to instructors who have poured out their hearts and spirits and still managed somehow to fail. I imagined my student’s brain as a mesh of circuitry with far more wires than anyone needed to grasp the simple subject of our lesson—rein contact– which of course formed the problem. My challenge dwelled in how to turn off most of that spaghetti pile of over-active brain wiring in order to reach the single live wire I needed.

In that moment as a young instructor, I learned how very non-linear the dressage learning process was for an analytical mind like my engineer’s. What I had interpreted as her riding around for the past 45 minutes ignoring me, was actually her trying to make sense of a language that sounded like a mashup of disjointed phrases. It was a language of sensations, and speculative scenarios, and imagery. It lacked the promise of clear outcomes and tangible data points. It entertained only a frail causality between aids and outcomes. In other words, my dressage instruction stunk for someone whose mind worked like hers.

Over time, I figured out how to communicate in a way that made sense to minds like hers, which added a level of difficulty to the already hard task of teaching dressage. In a language that, to me, sounded only vaguely horsey, I finally reached my engineer. In fact, her riding progressed in a measurable and pleasing way. I distilled techniques to minimal words, eliminated cues to feel certain things, and otherwise spoke in a way that sounded somewhat detached from horses. But it worked. My student was no longer riding around ignoring me.

Bolstered by my new and arguably clearer teaching language, I felt like my training toolbox had expanded in all kinds of competent ways. Then along came a student whose forehead looked similarly furrowed and pinched as my engineer’s had several months before. In that moment as a young instructor, I learned how differently an artist’s mind functions.

This student stopped me mid-lesson to ask for more complex descriptions of what she should be doing. Her expression conveyed an anxiety that she might not be able to figure things out unless I came up with the right metaphors. Images, she said. She needed some imagery. Some nuanced descriptions of the feelings she should be looking for. In other words, my instruction would be more useful if I could forget the new communication skills I worked so hard to hone. So we did just that. I threw out all my crystal clear pointers with concrete data points, I ditched the short declarative cues, and went to work with Maria the painter.

The more poetic language and multi-tiered pointers I slung at her, the better she rode. Where my engineer would have been smoldering from overload of effusive verbiage, my artist soared. The more rapidly I prattled at her, the more organized she got in the saddle. When I lapsed in to clear-cut sentence fragments with silent pauses for her to practice, engineer style, she mimicked the habit of riding around ignoring me.

Nowadays, I think of the engineer and the artist on opposite ends of a spectrum that good teaching needs to cover. It needs to account for how different words are heard and processed, how flowery descriptions of technique either succeed or fail. Most days it feels like switching between entirely foreign languages, trying through trial and error to determine what kind of thinker a student is. As soon as they begin riding around looking glazed over, ignoring me on the perimeter of their 20-meter circle, I know I’ve missed the mark.

Liked this article? Here are others you’ll love:
Evaluating Your Instructor
Five Ways to Show Your Riding Instructor You Care 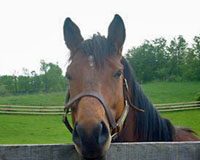