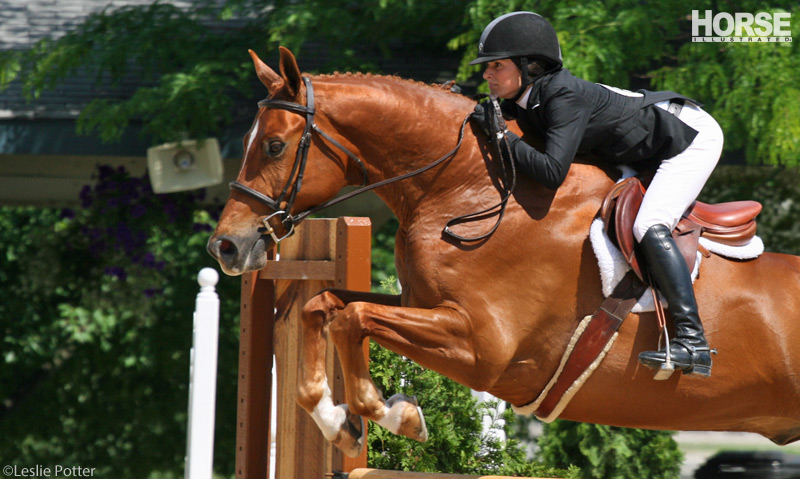 On October 13, news spread quickly that Kansas State University’s athletic department made the decision to drop equestrian as one of its 16 sponsored National Collegiate Athletic Association (NCAA) sports and replace it with women’s soccer in the 2016-2017 academic year.

The equestrian community was in shock. While some members of the collegiate equestrian world were aware that the NCAA was considering dropping equestrian from its emerging sports list, nothing has been officially announced.

In a meeting held April 29 – May 1 2014, the NCAA Committee on Women’s Athletics (CWA) voted to require a strategic action plan from equestrian-sponsoring institutions prior to its September 2014 meeting.

The NCAA notes from the meeting state, “The 10-year time period to reach championship sponsorship (minimum 40 institutions) has elapsed for the sport of equestrian, and sponsorship has dropped from 23 to 22 institutions over the past two years. The sport has remained on the emerging sports list after showing steady progress in growth prior to that time period. The committee will evaluate the plan and the status of the sport on the emerging sports for women list at the September meeting.”

With this request for a strategic plan, Robert Peterson became involved as Emerging Sports Consultant for the National Collegiate Equestrian Association (NCEA).

Peterson was not a part of the NCAA CWA’s September meeting, and as of Oct. 23, meeting notes have not yet been posted on the NCAA’s website. Peterson worked with Nancy Post, Associate Athletics Director at Baylor University, and Meghan Cunningham, Head coach of Equestrian at the University of Tennessee at Martin, to coordinate the development of the NCEA’s strategic plan which was submitted to the CWA in advance of the September meeting.

Despite his efforts, the NCEA did receive a letter from NCAA CWA after the September meeting advising NCEA that they had discussed equestrian’s position as an emerging sport and they have recommended to remove it from the emerging sports list effective August 1, 2017.

This understandably has created questions for hopeful collegiate equestrian athletes and their parents.

“We’ve had questions from parents and recruits,” says New Mexico State University (NMSU) Head Equestrian Coach Robin Morris-Walters. “But the attitude of everyone remains positive. NMSU is supportive of the sport of equestrian, and NCAA equestrian has much to offer women equestrian athletes. It’s highly competitive, as is any sport at the college level.”

Numerous equestrian publications and organizations, such as the American Quarter Horse Association (AQHA), wasted no time in alerting their membership and readership of the situation: this is a time for the equestrian community to unite to ensure the future of collegiate equestrian sport.

Organizations and individuals have also raised the concern over the issue of Title IX compliance as equestrian is a women’s sport in the NCAA and institutions must comply with the federal statute that was created to prohibit sex discrimination in education programs that receive federal financial assistance. Because NCAA athletes receive college scholarships, free tutoring resources and more, institutions with NCAA sports must comply with Title IX.

“If the sport of equestrian is ultimately dropped from the emerging sport list, each member institution would have to evaluate its situation and make decisions regarding how to meet both NCAA sponsorship requirements as well as meeting Title IX compliance,” explains Peterson. “We have received preliminary information that continuing to sponsor the sport of equestrian could aid an institution in meeting Title IX compliance but each school would need to investigate this further.”

The NCAA told HorseChannel.com, “Removal from the emerging sport list does not preclude NCAA member schools from sponsoring the sport at varsity level on their campus or counting the sport in its gender equity efforts.”

While there are other options for equestrian collegiate athletes, including the Intercollegiate Horse Show Association (IHSA), the options are not a substitute for NCAA competition. The IHSA platform is very different than the NCAA competition format. IHSA presents riding opportunities for riders of every skill level – beginner to advanced, and NCAA puts the top riders of the nation in a head-to-head competition.

“NCAA equestrian is all about getting the most out of the particular horse you are riding so that you beat your head-to-head opponent and win the point for your team,” says Morris-Walters.

“This is not a one person or even 22 school effort,” says Peterson. “This is an effort by every member of the horse community regardless of affiliation or discipline. We all recognize the importance of continuing to provide opportunities such as this for women, and together we are fully committed to working with the NCAA to recognize collegiate equestrian as a championship sport.”