Home Horse News Being Horsey in a Non-Horsey Family 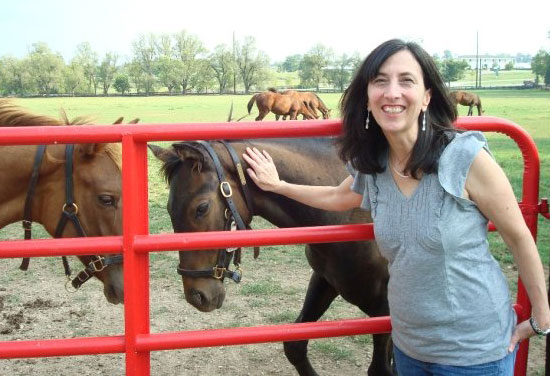 My parents are not horsey. I grew up in a suburb of Houston with a backyard that housed an awesome deck, swing set and perfect tree for climbing. There were no horses.

Despite this reality, starting in kindergarten, I started to request riding lessons from my parents, especially when we would drive past Whipple Tree Farm, the barn that would become my home away from home. My parents finally let me start taking riding lessons in second grade, and I never stopped.

My horsey journey has led me to truly laugh out loud numerous times as my parents have attempted to help me at the barn. I will always treasure (and laugh at) the family moments carried out by my non-horsey parents. 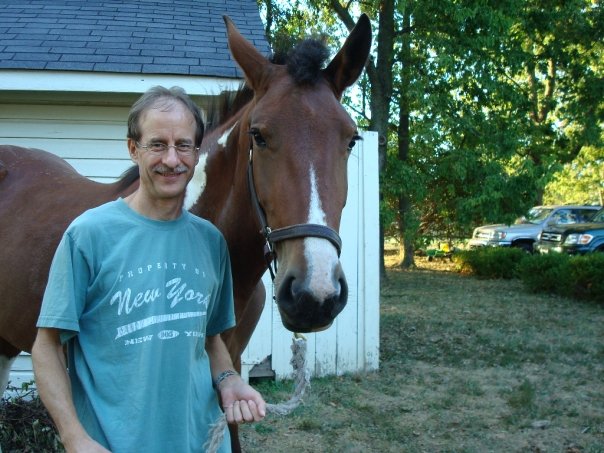 Greeting a horse
Over 20 years later in my horsey life, I can confidently say my parents can walk into a barn and not look like fish out of water. However, this was not always the case.

In the beginning of my horsey days, Mom would stand about two or three feet back from the horse and awkwardly (but sweetly) pat the horse on the neck. She still errs on the side of caution and doesn’t get too close at first, but now she can confidently hold my horse while I take a drink of water or fix my helmet.

Different from my tentative mom was my horse friendly dad. Anytime we were at the barn, Dad would confidently put his hand out toward the horse’s nose with his palm facing down, similar to how many people are taught to greet a dog.

I love that my dad let the horse sniff his hand. It’s not a terrible idea, but I had to remind him: a horse is not a dog. From my experience, horses are generally indifferent to this gesture. 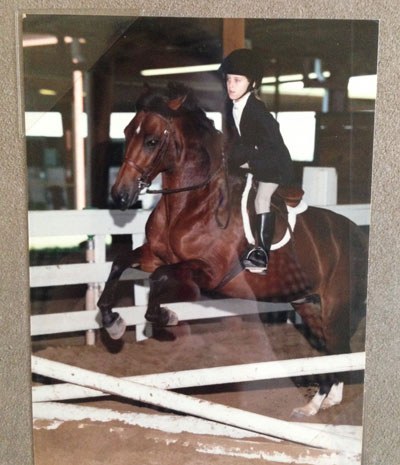 Horse Show Hurry Up and Wait
It was a horse show at the big facility just outside Houston, the Great Southwest Equestrian Center. I was ready for my pre-beginner class. In pre-beginner jumping classes, riders do a courtesy circle and then jump four crossrails, two on each side of the long wall. I was so excited.

Unfortunately, as I recall, Houston traffic made us a bit late, and the helper who was supposed to meet me and my horse, Cinnamon, at the trailer, had to go to an arena to help another rider. I could tack Cinnamon up with the exception of the bridle. I couldn’t bridle yet, and the only adult anywhere to be found was my dad.

But he didn’t know how to bridle a horse. Eek!

Luckily my trainer’s husband had to run back to the trailer for a crop and found my dad and me. He bridled Cinnamon and we walked to the warm up ring. I can’t remember what place I won that day, but I know Cinnamon and I came home with some ribbons. I was on cloud 9. 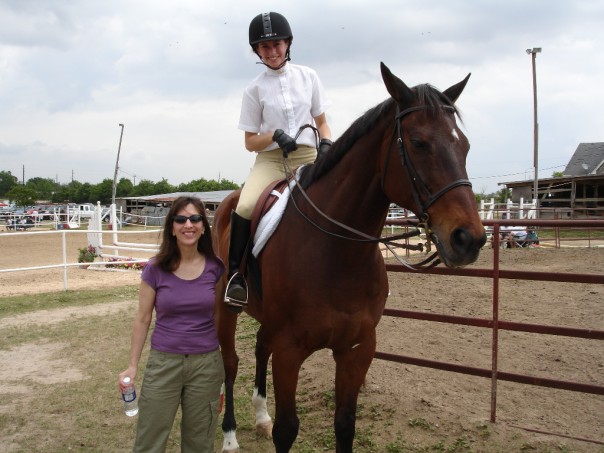 Fleece Lined Breeches and a Designer Purse
Fast forward to college when I was attending Texas Tech. Lubbock, Texas is quite cold in the winters. It’s the West Texas desert. Couple the desert climate with strong winds and you’ll find a very frigid riding climate. For Christmas, I asked for a specific pair of Irideon fleece-lined breeches. In the purple color. I was so excited.

As I opened the present I was sure was my highly anticipated breeches, I found a Coach purse. My sister opened a gift to find a similar purse. It’s a super cute purse! Seven years later I do still use it.

My mom told me later she didn’t get me the breeches because I had told her exactly which ones I wanted and that had taken all the fun out of gift giving.

She was right. But she didn’t know how cold it was when I was riding with the equestrian team in Lubbock! I saved up and bought my unemployed college student self the desired breeches the following Christmas as a gift to myself.

Even though my parents aren’t horsey, I’m so grateful for how they’ve supported my horse habits throughout the years. Without fail we received Back in the Saddle and Wild Horsefeathers catalogues, along with Horse Illustrated and Young Rider. Trips to Barnes and Noble always resulted in a new Saddle Club book. I know I wouldn’t be where I am now if it weren’t for their support.

To my non-horsey but incredible awesome Mom and Dad – thanks for supporting your horse-crazy daughter.

Liked this article? Here are others you’ll love:
30 Ways to Balance Family and Friends
Growing up with Horses