Even today, a reference to Christmas music or holiday ornaments ignites a feeling of magic in my chest. It’s as though I am instantly six years old again, filled with wonder and excitement and raw bubbling joy. And the belief that at exactly midnight on Christmas Eve, the horses would speak in audible voices. 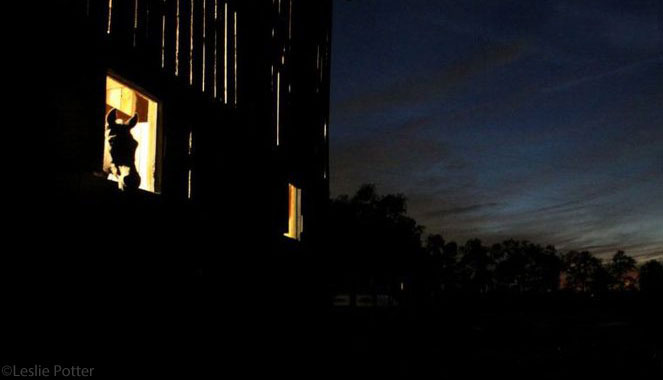 My mom planted this notion in my head when I was four years old, whispering it to me in the barn aisle and stooping low so nobody else—especially the horses—overheard the little-known secret. She shared it with such conviction that I assumed it might be an accepted truth amongst grown-ups. Naturally, I felt jealous that they’d had so many more years than my tender four to talk to their horses with real voices just like in the movies. So, I vowed on that chilly afternoon of Mom’s revelation to do my best to catch up. Every year on Christmas Eve from then on, I would sleep in the barn waiting for my beloved four-legged friends to speak out loud.

Nearly thirty years later, I’ll admit that I have never once heard a horse speak out loud at midnight. It took only until I was ten to realize that Mom dreamed up the story as a way of getting me out of the house so that she and Dad could stuff stockings and set out gifts in secrecy. Her plan worked. I departed the house with my blankets at 9pm and didn’t return until 3am, leaving them uninterrupted to perform Santa chores.

Frozen toes aside, I never regretted waiting in the barn every year. After yet another year passing without our horses speaking out loud, I never felt the disappointment that might be expected. I suspect Mom knew this would be the outcome when revealing her secret to me. You see, anyone who has spent time in a stable after nightfall knows the magic it embodies. When the doors are slid shut to the frost outside, the only sounds in that little haven are quiet, peaceful—horses munching hay, a rustle of shavings, barn cats skittering in the rafters. It is impossible, especially as a child, to sit in that space and not feel the magic of the animal kingdom.

After wrapping my blankets around me mummy-style, I sat on the barn aisle floor outside Equinox Black Silk’s stall. Black Silk was my mom’s cherished Morgan stallion, a dramatic beast who pranced around like the king of our farm. For hours, I sat cross-legged leaning against the front of his stall, waiting for him, Sunnybrook, Charlotte, and Trinket to speak out loud. Occasionally, he poked his coal black nose through the stall bars and rumpled my hair, warming my ears with his nostrils. Then, he went back to his hay, contemplating what he would tell me at midnight, or so I assumed.

Some years, I dozed off until the early hours of dawn, awakened by our barn cat trying to snuggle inside my blankets. Other years, I stayed awake by talking to the animals. Even if they weren’t going to speak, they could listen to my musings. They could bend a compassionate ear to my worries that Santa’s sleigh might get stuck in the snow or that Mom wouldn’t like her slippers that I made by hand from sheepskin and duct tape. The horses listened to it all—without saying a word in return.

Every year, as I walked back up the driveway, I pondered how delightful those creatures were. How peaceful and majestic. How much like the perfect best friend. A glance in our living room revealed that Santa had come and gone, without getting stuck in the snow, during my barn-sit. Several small packages peeked out from under the tree awaiting our little family to gather around in a few hours for a festive period of ribbon-tearing, sharing, and chatter before barn chores, snow shoveling and other duties called. How wonderful, I smiled on my way to bed. How divinely magical.