Home Horse News What Your Horse’s Whorl Says About Him

Most people have heard of a cowlick – that stubborn tuft of hair that just won’t behave itself no matter how much gel or hairspray you throw at it. Although the name originates from the fact that if you have one, it looks like you’ve been licked on the head by a cow, horses (and cows!) can have hair issues, too. And even if your horse doesn’t care whether he’s having a bad hair day or not, there is some serious science connecting a horse’s hair whorl and his brain development. 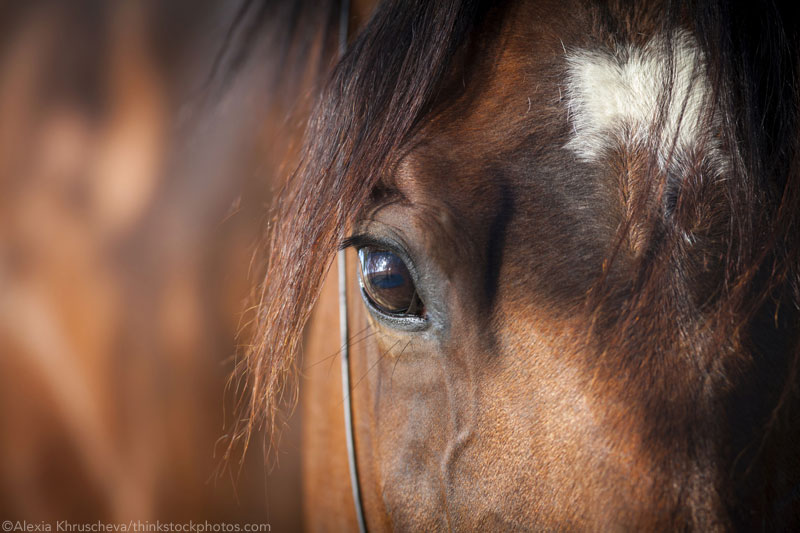 Hair whorls in horses, also called rosettes or trichoglyphs, are usually small swirls of hair on the face, but they can also be found along the flank, neck, or stomach. Hair whorls are considered a permanent form of identification for horses since a whorl at birth does not change in location or direction during a horse’s lifetime. As such, whorls are often noted on official paperwork like a Coggins test. Each horse’s hair whorl pattern is different and is a valuable way to identify a horse that doesn’t have any white markings.

For centuries, equestrians have noticed horses with certain types of whorls tend to behave in certain ways. For example, horses with double whorls on the face tend to be high-strung or overly reactive to novel stimuli. Recent research has determined this isn’t just folklore. This is basic brain development.
Skin and brain tissue come from the same layer of cells, called the ectoderm, during embryonic development. As embryonic cells migrate to form a fetus, skin and brain cells are closely intertwined, particularly at the scalp. This interconnectedness explains why certain hair formations seem to be related to personality.

Dr. Temple Grandin, professor of animal science at Colorado State University and author of the best-selling book Animals in Translation, first noticed a connection between the location of a bull’s hair whorl and whether the animal was excitable when handled by humans. Studies showed that location—meaning above, between, or below the eyes—as well as shape of the whorl could be, to some extent, a predictor of excitable behavior in cattle. Other studies have showed the same in horses: those with whorls on the forehead above the eyes tend to be more excitable and less manageable than those with lower whorls.

A study in 1994 found that horses with double facial whorls, while more reactive, also tended to be athletes at higher levels; racehorses and accomplished show jumpers had double the rate of double whorls compared to other populations of horses.

Although hair whorls can’t completely predict a horse’s temperament or future performance, they may not be a bad thing to take into consideration during your next horse purchase. Dr. Grandin made an interesting observation during her hair whorl studies: those animals with highly unusual whorls, meaning in odd places, odd shapes, or numerous in number, tended to have severe behavioral issues, suggesting perhaps an issue with embryonic brain development.

More practically speaking, you might want to take the time to see what direction your horse’s whorl goes. Whether he’s a lefty or a righty, you’ll know what to ask for to get him to put his best foot forward. 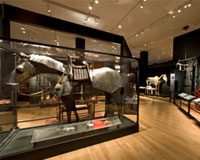 The Horse exhibition is on display at the Carnegie Museum of...