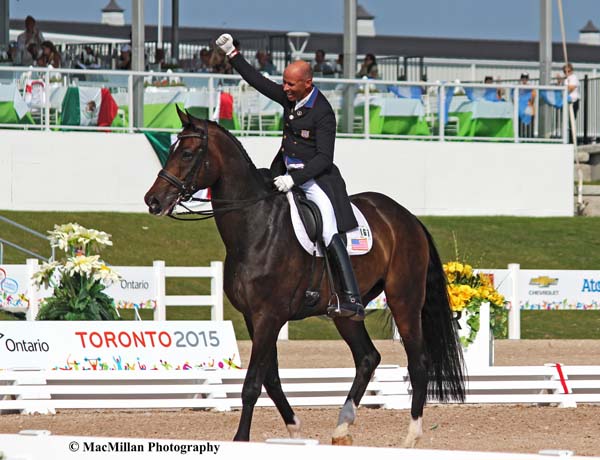 Steffen Peters of the U.S.A. shows his appreciation to Legolas and the crowd after their Grand Prix Special ride. Photo by Shelley Higgins/MacMillan Photography

Sunday, July 12 was the Pan Am team dressage finals and the pressure was turned as high as possible with not only medals, but also an invitation to the 2016 Rio de Janeiro Olympics, on the line. Home team Canada and neighboring team U.S.A. were neck in neck in the race for gold with Team Mexico and Team Brazil duking it out for bragging rights and bronze.


The U.S. and Canadian athletes once again put in tests all scoring above 70%. Steffen Peters was last to ride on Legolas, and despite some uncharacteristic bobbles in their test, high scores posted earlier in the day by Kimberly Herslow on Rosmarin and Laura Graves on Verdades kept the gold for Team USA. Congratulations to Team U.S.A.! They showed real depth in their roster, so the future is exciting for them.

So, very sadly, Team Canada is currently without an Olympic spot for Rio. It’s still possible for them to qualify some individuals to go, so fingers crossed. Their team really pulled out all of the stops and performed brilliantly, so the same future promise applies to them. I really hope that the FEI finds a way to change the policy so that it won’t happen again that only one dressage team from North America can go to future Olympics.

The other drama that played out today was that Brazil narrowly beat out Mexico for bronze. They found this out right as Peters and Legolas were going into the ring and issued loud cries of jubilation in the stands which happily didn’t seem to cause any problems in the competition ring. The Brazilian team is young and dressage is not nearly as popular as show jumping in Brazil, so this was a major step forward for the sport in their country.

Individual dressage competition will go on Tuesday. Three riders each from Canada and the U.S. have qualified to go into the freestyle for a shot at individual medals. Check out www.toronto2015.org for orders of go and results. 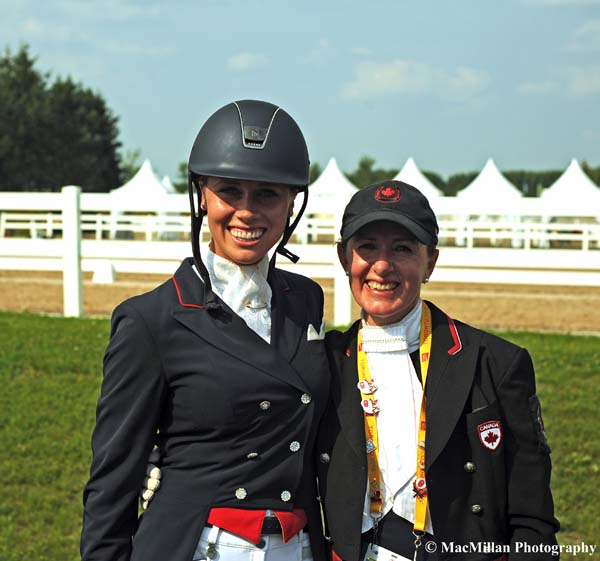 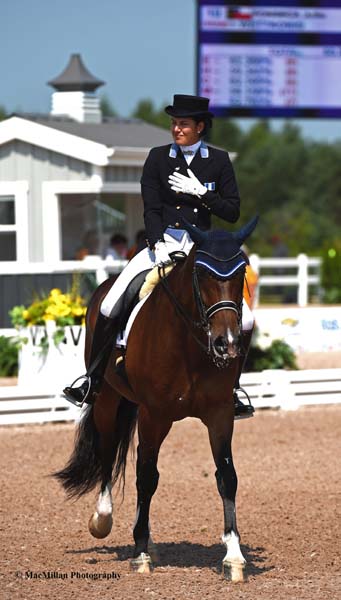 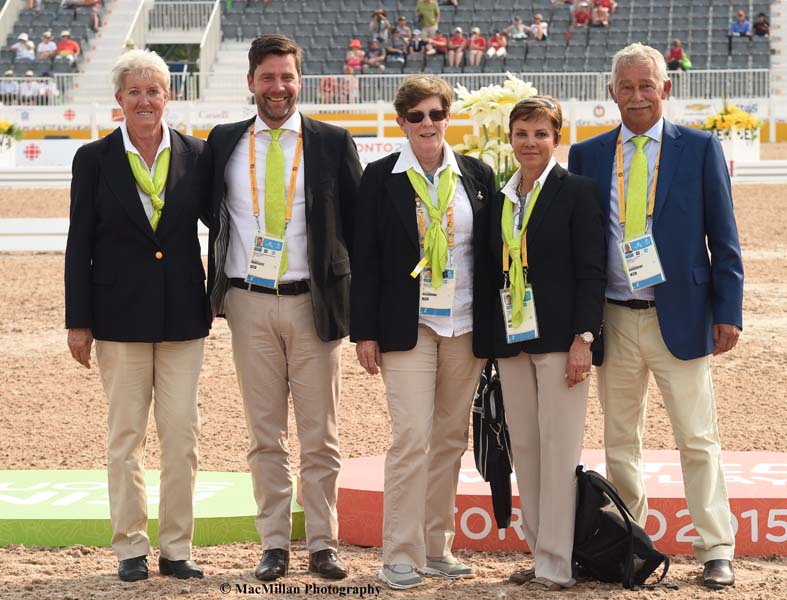 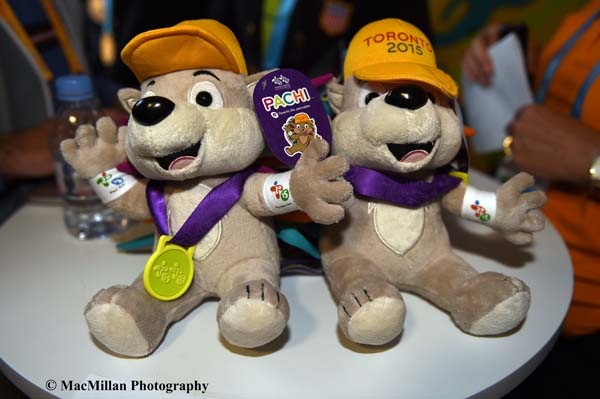 The U.S.A. team was all smiles during the victory gallop. Photo by Allen MacMillan/MacMillan Photography