Totilas, the legendary Dutch-bred stallion who once dominated international dressage, has been officially retired. The announcement was posted this morning on Totilas’ official Facebook page and follows his withdrawal from last week’s European Championships in Aachen, Germany, due to injury.

The announcement comes after a rough five years during which Totilas’ competition record has been relatively lackluster, but in 2009 and 2010, he was an unstoppable force in the sport.


With trainer Edward Gal, the horse then known as Moorland’s Totilas won the FEI World Cup Final in 2010, then swept the gold medals for the Netherlands at the Alltech FEI World Equestrian Games in Kentucky. The pair also set world records in Grand Prix dressage, becoming the first to score above a 90% in international competition. Fans hoped to see “Toto” and Gal continue their dominance into the 2012 London Olympics, but he was sold in late 2010 to German breeder Paul Schockemöhle, and he was never quite able to reach the same level with new rider Matthias Rath as he had enjoyed with Gal. 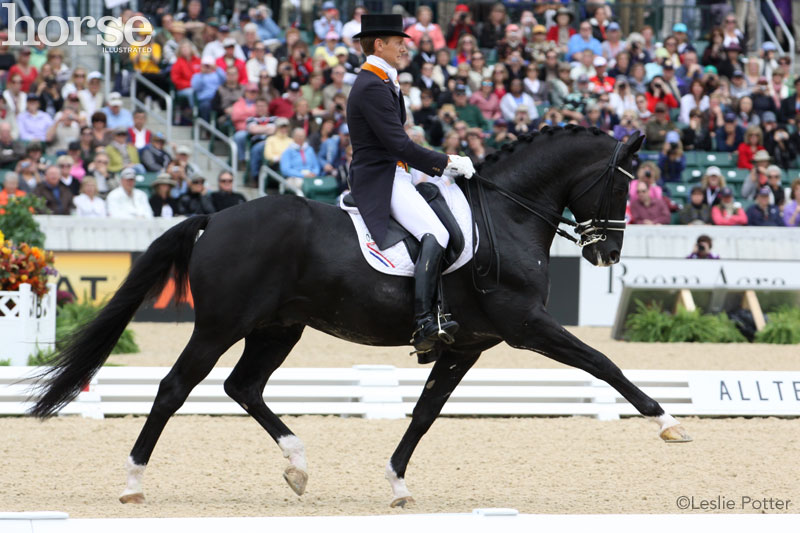 
The full statement from Totilas’ Facebook page regarding his retirement follows:

After the last week and the now circulating speculations about Totilas’ future, we – as a family – would like to take a stand on this matter:

How much the international dressage sport owes to this horse is almost impossible to put into words. Never before has a dressage horse moved and thrilled these masses – no matter if horse-enthusiast or not, young or old.

As already known from various sources, the examination last weekend showed that Totilas has an edema in the bone. This is being treated in the best possible way by a superb team of veterinarians.

Resulting form this new injury we collectively came to the decision against the active sport. Totilas will not come back into the competitive dressage sport in the future!

His injury is going to heal on his home yard Schafhof, given all the time it needs. This will also give him a gentle transition into his athletic retirement.

Provided that it is possible he will continue being available for breeding via the service station of Paul Schockemöhle.

We really hope for the understanding of all those people, that are moved by this horse as much as we are. Also we would like to take the opportunity to thank all the admirers and fans for their support during all this time.

During Totilas’ absence from the top of the sport, a new superstar emerged. Valegro and British rider Charlotte Dujardin broke all of Totilas’ records and won every gold medal available to them at the 2012 Olympics and the 2014 FEI World Equestrian Games in Normandy. Dressage fans had long hoped for a head-to-head match between the two titans. This year’s European Championships would have been that match, and Totilas did complete in the Grand Prix at Aachen, scoring a 75.971 for sixth place. They withdrew before the individual Grand Prix Special. Dujardin and Valegro won the Grand Prix with an 83.029.

What is a Half-Halt?