Today is the 14th anniversary of the events of 9/11. Anyone living in the U.S., regardless of how close one was to New York City, was affected that day. Some remember news images of the towers falling down, people jumping from the buildings or perhaps even the photograph of a doctor waiting on the hospital steps for victims he could help.

But there’s one image that came a few months later that is also remembered. It is the Anheuser-Busch Budweiser ad featuring their famous Clydesdale horses. In the commercial, the horses pay tribute to the memory of those who lost their lives on September 11, 2001 by bowing to the city. It is touching and unforgettable. 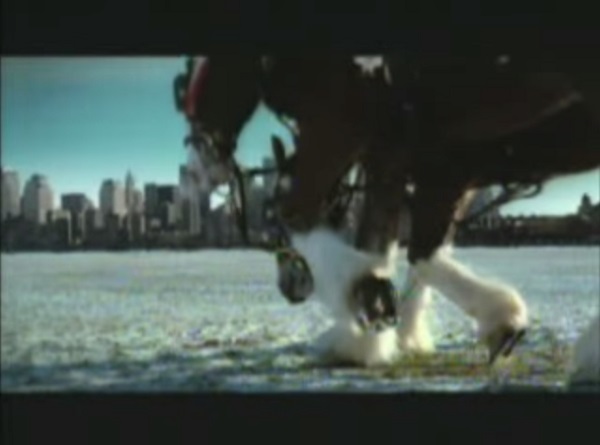 To air the commercial, Anheuser-Busch “had to get approval from members of Congress, the advertising community and from New York Mayor Rudy Giuliani,” according to

“We filmed in New York City,” Bob Lachky, former executive vice president of Anheuser-Busch Global Creative, told Fox 4. “We had a helicopter going over the Brooklyn Bridge. Mayor Giuliani let us into the city — the only film company of any sort right after 9/11. To actually come into air space with our helicopter to film the Clydesdale… the hitch coming into Battery Park and it was amazing… just amazing.”

Take a look at the commercial:

The original ad aired only once – during Super Bowl XXXVI on February 3, 2002. An updated version, in which the snow was digitally replaced with grass, was created for the 10th anniversary of 9/11.