Wild horses that roam certain federally owned lands in western states cannot be sold to slaughter under the Wild and Free Roaming Horses and Burros Act of 1971. Under this act, the Bureau of Land Management is tasked with managing the wild horses that live on those lands. In order to keep the herd numbers under control and prevent overgrazing, the BLM rounds up horses and sells them to private owners. The Public Rangelands Improvement Act of 1978 allows for the sale of wild horses, but specifically prohibits the sale of these horses and burros to slaughter.


A federal report issued last Friday says that nearly 1,800 wild horses sold by the BLM between 2008 and 2012 did end up going to slaughter, though not directly. The horses were purchased by a rancher and livestock hauler out of Colorado, Tom Davis, who then sold them to buyers near the U.S.-Mexico border, where they were almost certainly shipped on to Mexican slaughterhouses.


When asked by investigators how many of the Mustangs he’d purchased had been resold for slaughter, an unrepentant Davis replied, “Probably close to all of them.”

According to investigators, Davis told the BLM that he would place the horses in homes seeking pasture pets, and when directly asked by a BLM Wild Horse & Burro program employee if he was selling them to slaughter, he denied it. However, when asked by inspectors for the federal report, he admitted that he knew the horses were bound for “the kill plant” and that he knew he was not supposed to sell them to anyone who would take them to a slaughterhouse.

The report states that Davis purchased Mustangs “by the truckload” of approximately 35, for which he paid $10 for each horse. He reportedly made a profit of $2,500 to $3,000 for each truckload of horses he resold. He sold many of these horses to Southwest Livestock, a slaughter buyer in New Mexico. By tracing the steps of Southwest Livestock, the inspectors found many startling oversights.

BLM horses are typically freeze branded, which would have alerted any buyer that the horses were protected Mustangs and their sale to slaughter was illegal, However, inspectors learned that the New Mexico Department of Agriculture brand inspector who would have been tasked with inspecting many of these horses before they traveled to Mexico did not visually inspect the horses. Instead, he admitted to relying on the paperwork that came with them.

Additionally, a USDA-certified veterinarian who issued International Health Certificates (IHC) that are required for horses to be shipped from the U.S. to Mexico admitted that he signed IHCs that had been pre-prepared by the owner of Southwest Livestock, and that he did not actually perform inspections. 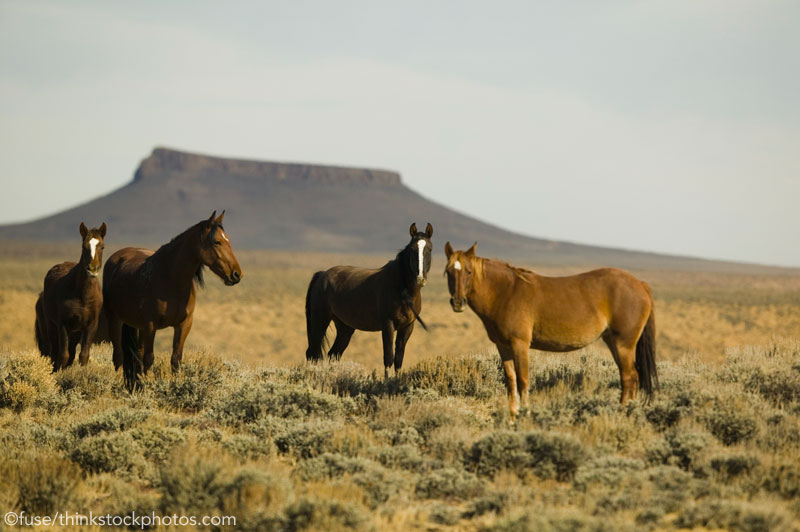 The report concludes that the Wild Horse & Burro program failed to enforce the BLM’s own policy of limiting the number of horses sold to a single buyer and that they did not do enough to ensure that these horses went to good homes. Davis was asked several times about his intentions for the horses he purchased, he repeatedly claimed they were going to good homes, or being given to wealthy friends who wanted the tax break for having the horses graze on their land.

The inspectors referred their investigation to the U.S. Attorney’s Office for the District of Colorado, which declined to prosecute Tom Davis.

The report includes a response from the BLM, in which Steven A. Ellis, Deputy Director, Operations, wrote:

The BLM takes very seriously your finding that most of the 1,700 horses sold to Mr. Davis went to slaughter contrary to the terms of the BLM’s sale…The BLM has taken additional steps to strengthen our ability to prevent this type of situation from happening…The BLM strengthened its policies for adoption and sale in December of 2012, and the BLM now requires approval by the Assistant Director, Resources and Planning for any sale of more than four horses from any individual within a six-month period…

With respect to Mr. Davis, the BLM no longer has any business relationship with Mr. Davis and will not in the future.

The full report is available here. 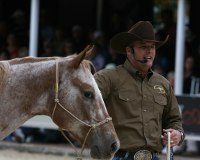 On Board with Clinton Anderson at WEG