Home Horse News The Horses in Houston Are Dying 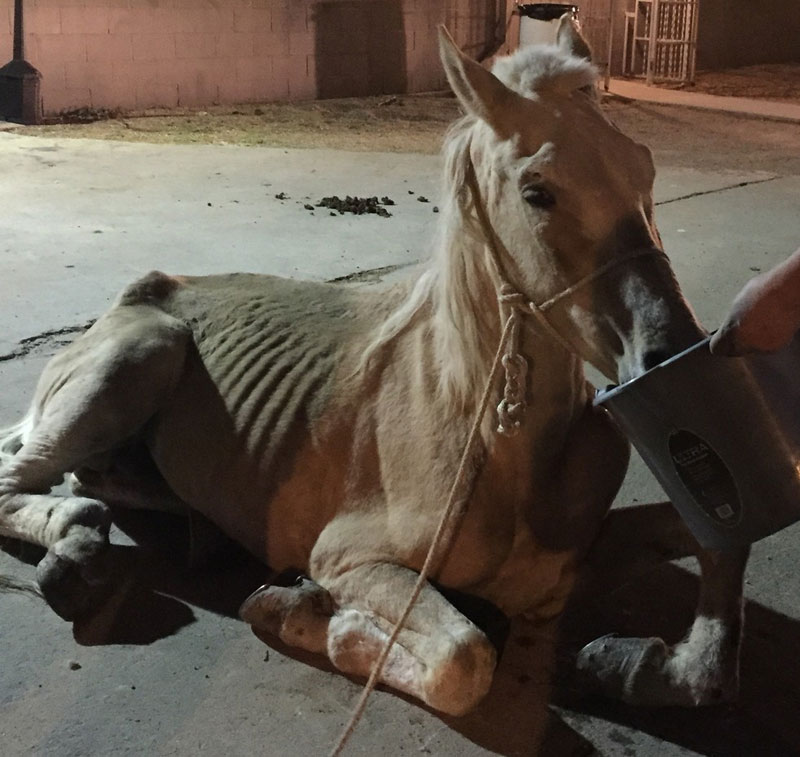 The horses in the Acres Homes area of Houston, Texas, are a sorry lot. Thin, with neglected hooves and healthcare, they are readily discarded and left to fend for themselves in the city. Many of them starve to death, their bodies simply left on the side of the road.

Where Are They Living?

The Houston Humane Society (HHS) is the main advocate for the horses of Houston, but to say they are inundated with abandoned and neglected horses is an understatement. With the ability to care for only 20 to 25 horses at any one time, their assistance doesn’t even begin to scratch the surface of the number of horses that need their help. Monica Schmidt, public relations officer at HHS, says that the horse problem in Houston is completely out of control.

At the heart of the issue is Acres Homes, an old section of Houston around which the city grew. Acres Homes garnered its name from the way the land was sold around World War I–instead of being sold by lot, the land was sold acre by acre, allowing enough room for a garden and the ability to keep chickens or other livestock.

This agricultural history has followed the town through the generations, where families kept horses and gardens even as the city grew up around them. While some things about Acres Homes has changed, the knowledge of how to care for horses seems stuck in the early 1900s.

A low socioeconomic area, the majority of residents can’t afford to have horses and care for them in the way that is necessary, explains Schmidt. “Many of these people [those neglecting the horses] are not bad people—they simply don’t have the money to provide proper care and nutrition.” With such a lengthy history of equine ownership, families now own horses more out of habit than necessity.

But just how many horses live in the Acres Homes area? There is truly no way to know for sure, says Schmidt. Horses are kept behind houses or in outbuildings. One of the ways neglected horses are discovered at all is if their owners tie the horse in an empty lot because they have no hay or way to feed them.

One of the reasons Schmidt feels that it is so easy for horse owners in this area to neglect their animals is the availability of heavy trash pickup. This is a city-wide service in which trash collectors dispose of large items left on the side of the road—including carcasses.

“It’s easier for them to leave a dead horse on the side of the road than to euthanize and humanely dispose of it,” she noted. One of the ways the HHS is trying to increase penalties against animal cruelty and neglect is to try to beat the heavy-trash pickup trucks to the carcasses; the HHS can then have an necropsy performed on the dead horse and, based on the findings, bring about a cruelty or neglect charge on the owners, if they can be found.

The people who call the HHS and the Houston Police about neglected or dead horses are those driving through the streets on their way to work—it’s rarely people who live within this section of the city. It’s as if the resident have become immune to the dead and dying horses found on the streets, in the yards and in empty lots.

While most people would (correctly) assume that horse ownership within city limits is illegal, many residents feel that Acres Homes is “exempt” from following the law—but this is wholly inaccurate.

“The myth that Acres Homes is exempt from most of Houston’s ordinances has grown into a legend where a lot of residents there feel that the rules don’t apply to them,” Schmidt explains. This mentality clarifies why so many residents keep horses in their backyards, though this is deemed too close per city ordinances, which defines a safe distance to keep horses as only 100 feet from any structure in which a person dwells.

While this neighborhood is part of the city of Houston, police officers have a difficult time enforcing laws when there are so many other more pressing issues requiring a police presence such as homicides and drug trafficking. Like most major metropolitan cities, Houston has too few police officers for the size of the city and the scope of its issues.

A Partnership with Houston Police

Since February of 2015, HHS and the Houston Police Department have created a partnership, recognizing that neither entity has enough resources to truly make a dent in the neglected and abandoned horse population. The Houston Police Department is dedicating officers in that area to address these issues along with 2 Harris County Precinct 5 Deputies that the HHS contracts with to run their cruelty investigations. The long-term goal is to strengthen ordinances to better protect horses, specifically within Houston city limits.

While two is better than none, “HHS pays the salary of two officers from Harris County Constables Office Precinct 5 to handle all of the animal cruelty and neglect tips our organization receives. They have an enormous amount of territory to cover: The entire city of Houston, Harris County and surrounding counties,” notes Schmidt. To put this in perspective, there are 4.3 million residents in Harris County, and a total of 6.3 million people in the Houston metro area, according to a 2014 census estimate.

Sadly, similar to many states, one of the main issues facing those wishing to help the horses is the legal system. A horse in Houston has to be in truly dire straits to prove that it is a “cruelty” case. The burden of proof lies on the prosecutor to prove that some format of willful neglect is occurring. Part of the reason why the HHS needs stronger ordinances in place is for the ability to remove horses from neglectful homes much more rapidly than they can be currently. 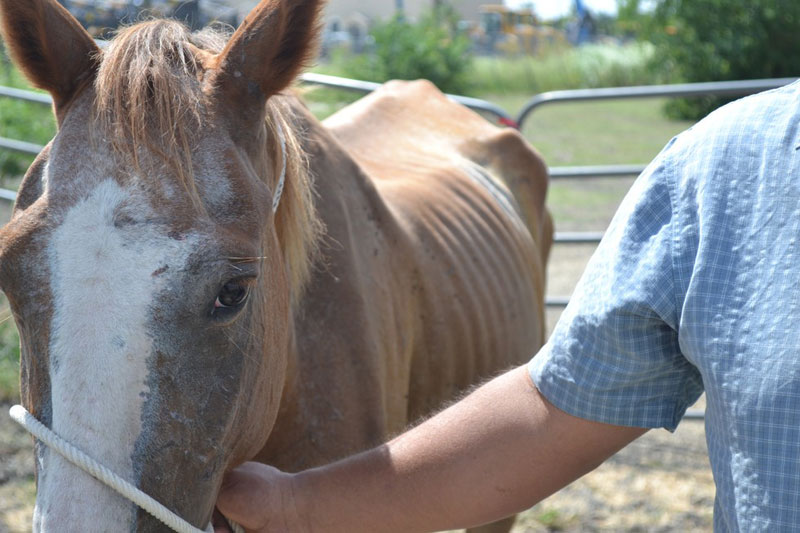 Operating on a Skeleton Crew

While both the HHS and the Houston Police Department are in need of more staff and other necessary resources, the HHS has a huge asset in Dr. Timothy Harkness, chief veterinarian. Not only a large-animal vet, Dr. Harkness is also a forensic veterinarian, meaning he has the ability to perform a necropsy, create a report and testify in court that the horse has died from willful neglect and not of natural causes.

The HHS, like many city and state rescue and adoption agencies throughout the nation, has no network to help home their seized horses. They currently rely on Dr. Harkness to help place the horses that have completed the rehabilitation in HHS care, which can be anywhere from six or more months depending on how poor the horse’s condition.

While the HHS does not currently adopt out to the general public, they are looking for local and national rescues that can take the horses once the courts have awarded them to HHS and continue their rehabilitation and ultimately help find them homes, explains Schmidt.

Sarah Coleman has a soft spot for chestnuts with chrome, including her off-the-track Thoroughbred Chisholm that she is training to be a hunter. Based in Lexington, Ky., she is the Director of Education and Development for New Vocations Racehorse Adoption Program.

What happens if your horse outlives you?