If you’ve ever done any kind of performance, you know things don’t always go the way you plan, no matter how much time you spend rehearsing. This goes double when animals are involved. Now the East Anglia’s Children’s Hospices (EACH) is very aware of this too (though we’re guessing staff probably already knew this).

EACH was putting on a Christmas nativity play at St. Augustine’s Church in Ipswich, Ipswich Star reports. Saxmundham’s Parkgate Donkeys was providing the donkey who would carry the Virgin Mary. That donkey was named Makka Pakka. Makka Pakka was no stranger to the stage, but this time he refused to go inside the building, according to Ipswich Star. It is believed that the scent of someone’s aftershave or perfume was not to the donkey’s liking.

Meet Lucy, the donkey who stepped in to save Christmas in Ipswich:

The group worked quickly to find an understudy for Makka Pakka and succeeded. Lucy was picked up at Parkgate Donkeys and Makka Pakka presumably dropped back off. Lucy reportedly did a wonderful job as Mary’s transport and the event raised nearly $1500 for charity. Well done, Lucy! 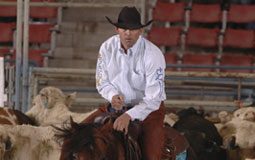