A miniature horse in Acushnet, Mass. was shot in the leg earlier this month. The rescue pony, who is only about two years old, is named Max. His owner, Julie Nightlinger, assumed the cut on his leg was a scratch or animal bite and did her best to clean it up. When she saw that it wasn’t getting any better, she consulted a veterinarian. The veterinarian treated Max and realized that his injury was caused by a bullet. The reason for this incident is unknown, though some are concluding it was a hunter who may have accidentally shot Max, My Fox Boston reports.

As of now, Max cannot stand on his leg long nor can he get around without strong painkillers. While the suggestion was to put him down, Nightlinger is hopeful that her pony can get a prosthetic leg and one day become a therapy horse. Take a look at their story:

A GoFundMe page called Saving Max has been set up for the mini horse’s treatment and prosthetic. At press time, $5,090 of the $10,000 goal had been raised. To read more about Max or to contribute to his treatment and recovery fund, visit Saving Max on GoFundMe. 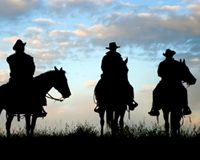