Time and again we have seen the positive effects equine therapy has on veterans suffering from post traumatic stress disorder (PTSD). We may have even had personal experiences with horses that have proven therapeutic. But what about first responders – the police officers, firefighters and paramedics who arrive at the scene and deal with trauma and stress on a day-to-day basis?

Fox31 reports that PTSD is “a silent killer of first responders.” Frank Gale of the Colorado Fraternal Order of Police (FOP) told Fox31 that it was “the most significant problem facing first responders in Colorado.” Nationwide, there were 51 police suicides in the last six months of 2015 alone, according to a Badge of Life study.

While some state that it’s part of the job, officers should just deal with it and they knew what they were getting into, others, such as Bruce, a Longmont Police Department undercover officer, disagree. Bruce, whose identity is being protected because of his undercover work, told Fox31, “The old adage ‘put your big boy pants on and go back to work’ is just stupid. It’s antiquated and stupid, it’s not possible. Anyone who says it is has been lying to themselves for years. Nobody teaches us how to cope with that trauma. They teach us how to shoot, they teach us how to defend ourselves, they teach us how to write reports, they teach us what the law is. But no one is giving us coping skills to deal with it when we go.”

Bruce, along with a team of equine specialists, is working to change that. He chose equine therapy after experiencing the calming effects of being around horses firsthand. Fox31 reports that after he had to make a life-or-death decision, Bruce went home and spent time with his horse. “The situation turned out [in a way that] we were able to use less than deadly force, but but it was a very traumatic incident for everyone involved…The calming effect [of the horse] was tremendous. It brought my heart rate down. It made me feel safe. Made me feel like a human being again. It’s hard to feel like a human after some of the days that we have.”

An equine therapy program was the most logical answer when it came to helping others. The program, called Equine Response, uses the EAGALA (Equine Assisted Growth and Learning Association) method.

“It’s not about horsemanship skills, not about taking care of horses, groom horses, it’s really about the relationship with horses,” Michelle Kay, equine therapist, told Fox31. “The relationship you get being around a horse is unlike anything else. You’ve got a 1,200-pound animal right in front of you giving you automatic feedback. They can get coping skills, they can get relationship skills. Any stress or trauma a client is facing, they can work it out with the horses and extrapolate that into their human relationships and human lives.”

Equine Response is currently seeking funding and help spreading the word so that more first responders can easily get help. To find out more or to donate, visit the Colorado FOP Equine Response webpage. 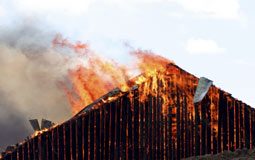