Thereās an element of danger that comes with climbing on to the back of a large, fast-moving, autonomous animal. This isnāt news. But it may be surprising to learn how high the risk of injury from riding horses is compared with other types of sports.

The high rate of potentially devastating concussions in professional sports has made headlines recently, but most people will never participate in professional or college-level contact sports like football or ice hockey. Researchers at the University of California, San Francisco and San Francisco General Hospital sought to find out how sports-related traumatic brain injuries (TBI) affected a more general population of adults who participated in sports recreationally. 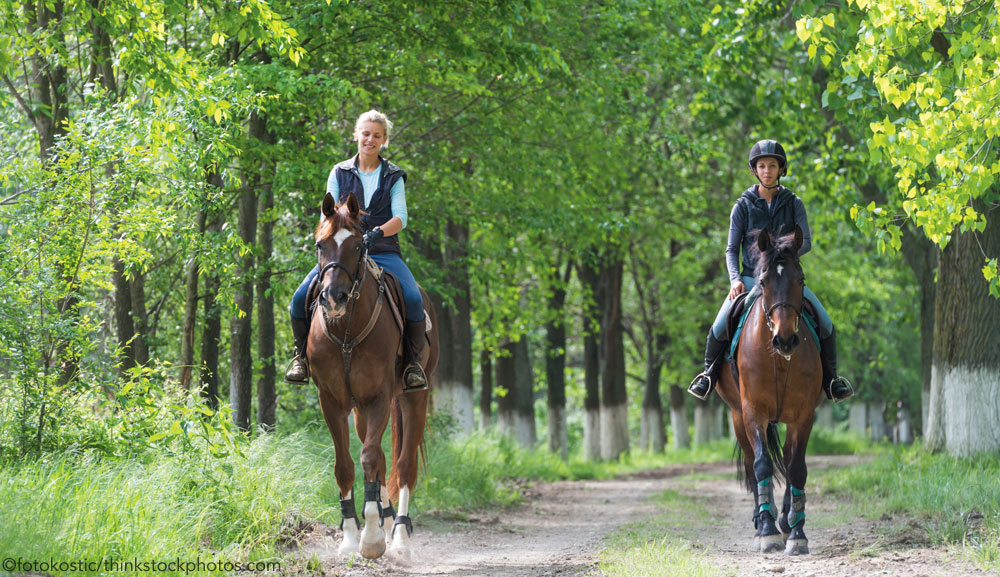 For this study, the researchers analyzed TBI data from the National Trauma Data Bank (NTDB), using sports-related injuries sustained by participants aged 18 and older between 2003 and 2012. They categorized the injuries into five categories: fall or interpersonal contact, roller sports, skiing/snowboarding, equestrian and related sports, and aquatic sports.

Equestrian sports were by far the largest contributor to TBIā45.2 percent of incidents were categorized as equestrian. The next highest contributor was the “falls or interpersonal contactā (FIC), a broad category that includes collisions between people (whether intentional or accidental) as well as incidents where a sport participant is struck in the head by “an object”. This category only accounted for 20.3 percent of injuries.

When broken down by age, equestrian sports caused an overwhelming majority of TBIs for participants over 40. However, the proportion of injury from equestrian sports is much lower in the younger age groups, ranking below FIC and roller sports. The researchers donāt speculate on why this is, but it seems likely due to younger people participating in a wider variety of sports than their older counterpartsāthere are presumably relatively few avid skateboarders, for example, in the older groups. Itās also possible that the rate of helmet use is lower for older riders who may have grown up riding in a time before certified protective headgear existed and have not changed their habits.

Although the researchers didnāt specifically look at how helmet use affected injury rates, as that information isnāt consistently recorded in the NTDB data, they do mention helmets in the discussion section of the published report:

Rates of helmet use are 25% or lower across equestrian sports, despite the fact that helmets have been associated with as much as a 40%ā50% reduction in absolute risk for TBI. Thus, our work adds to the growing body of evidence highlighting the risks for TBI in equestrian sports. One clear approach for reducing the burden of TBI in this population is the promotion of helmet use.

Helmet use among skiers and snowboarders has been reported to exceed 70% and increases with each passing year. In contrast, helmet use in skateboarding is lower than 7%, and 41.5%ā75% of skateboarding accidents result in TBI. It seems reasonable to hypothesize that these differences in outcome between roller sports and skiing/snowboarding may in part reflect a difference in helmet use. Unfortunately, the NTDB did not capture helmet use consistently enough to test this hypothesis in our analysis.

The study was published in the April 2016 issue of Neurosurgical Focus from the Journal of Neurosurgery and the full text is available here.

Horses and fireworks: Keep your horse safe this Fourth of July