“Please put a helmet on your kid.”

That’s what Shanna Brus, 4-H instructor and mother to 12-year-old Savannah, has to say to other parents of young riders.

Savannah was riding her Paint horse, Cherry, in a 4-H club meeting on Tuesday when the mare fell, landing on top of Savannah. The rider was unconscious, and after being flown to Vanderbilt Children’s Hospital, she was diagnosed with a fractured back and pelvis.

But she’s alive, and she’ll recover, and Shanna credits her daughter’s helmet for that. She shared a photo of Savannah’s helmet after the accident. 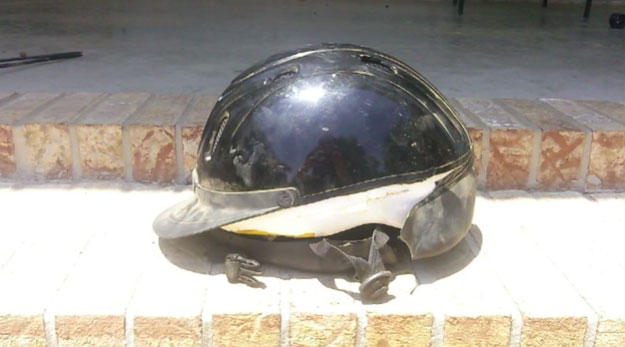 “Her skull would have been that helmet,” she said.

The helmet appears to be a Troxel Sport, which has an MSRP of $34.95 and retails for less than $30 at several different tack shops and online retailers. It’s a very small price to pay for a rider’s life.

Savannah has been riding for her entire life and has been riding and showing Cherry for five years. Shanna tells WKRN that this accident won’t stop her daughter from riding in the future.

UPDATE: June 2, 2016: Shanna Brus posted on Facebook that a stinging insect stuck inside Cherry’s ear was most likely the cause for her falling over while being ridden. Savannah has returned home from the hospital. 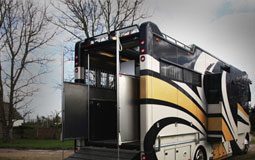