The Kentucky Derby has been run continuously since its inception in 1875, and in the years since then, few horses have ever entered the “Run for the Roses” with a more decorated record than Nyquist. The three-year-old Thoroughbred colt had gone unbeaten in seven races before the Derby, including the prestigious Breeders’ Cup Juvenile, and had been awarded the title of champion two-year-old male of 2015.

But despite his lofty reputation, many experts believed that Nyquist would be vulnerable to an upset in the Derby. His pedigree—by the young but brilliant stallion Uncle Mo out of a mare by the sprinter Forestry—suggested that Nyquist wouldn’t have the stamina to handle the 1 ¼-mile distance of the Kentucky Derby. Others said he wasn’t fast enough; that his winning times were too slow to translate to success in the Derby.

But when the Kentucky Derby runners entered the homestretch at Churchill Downs racetrack on May 7th, with a massive crowd of 167,000 people cheering them on, it was Nyquist that took the lead and held off his late-running rival Exaggerator to stamp his name in the history books as the winner of the 142nd Kentucky Derby.

Nyquist didn’t do it the easy way. After conceding the early lead to longshot Danzing Candy, Nyquist chased that rival through a very fast pace, one of the fastest in recent years and a pace that was expected to favor the late-running colts conserving their speed for the end of the race. But in the final quarter-mile, Nyquist proved that he was something special, seizing command of a clear advantage and maintaining a good pace to the finish line to win easily. His final time of 2 minutes, 1.31 seconds was the fastest winning time in the Kentucky Derby since fan favorite Funny Cide won the race in 2 minutes, 1.19 seconds in 2003.

For the team of owner Paul Reddam, trainer Doug O’Neill, and jockey Mario Gutierrez, Nyquist’s victory marked their second win in the Kentucky Derby, following their success with I’ll Have Another in 2012. Together and individually, they have enjoyed remarkable success through the years, and O’Neill in particular has trained his fair share of memorable racehorses, including the Hall of Fame inductee Lava Man. But for O’Neill, Nyquist may be the best of all. 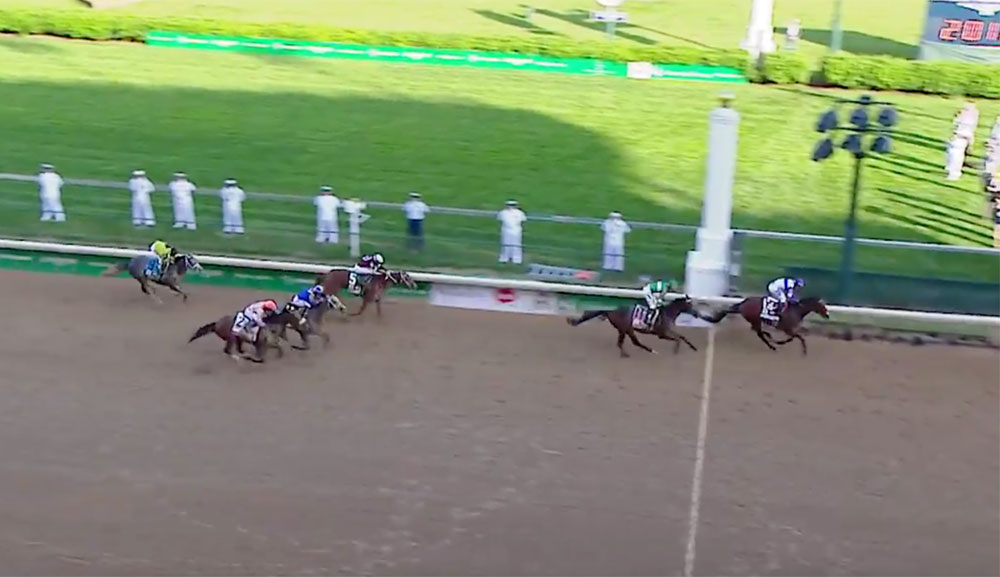 “He’s just a special horse,” O’Neill said during the post-race press conference. “I mean, I think now it’s safe to say, Lava Man is unbelievable and I’ll Have Another is unbelievable. But [Nyquist is] definitely the best horse I have ever been around. And [exercise rider] Johnny Garcia, who gets on him every day, he’s been saying for a while now that this horse is so strong and does everything so easy and, you know, he’s never tired.”

In the aftermath of the race, talk has already turned to the May 21st Preakness Stakes at Pimlico racetrack, the second leg of horse racing’s Triple Crown. Last year, American Pharoah ended a 37-year Triple Crown drought when he swept the series in decisive fashion. Can Nyquist do the same? It will surely be a challenging task, but then again, winning the Kentucky Derby was supposed to be challenging, and Nyquist made it look easy. For all we know, he might be more than just a very talented racehorse… he might be a superstar in the making!