Here’s some useful information for you on the off chance your summer travels take you to the Amazon River basin. Electric eels can jump out of the water to deliver a shock, and horses were the unwilling subjects that originally discovered this information for human researchers.

In 2015, Vanderbilt University biologist Kenneth Catania was studying electric eels. He used a metal-rimmed net to transfer his subjects from one tank to another. Most of the time, the eels would try to flee the net, but every so often one would leap out of the water and press its chin to the net while delivering high-voltage pulses.

Catania wore rubber gloves, so he didn’t actually get zapped, but the behavior struck him (no pun intended) as strange since eels most often flee predators and use their electric pulse to stun their prey. He wanted to learn more, and so he designed experiments to determine what, exactly the eels were doing.

You can read more about those experiments and Catania’s findings here, but basically, he found that an electric eel’s shock is much stronger the farther an eel’s body is out of the water. While an underwater pulse is effective at stunning prey, the shocks delivered above the surface are painful enough to deter land-based predators entering electric eel territory. The intensity increases the higher the eel goes. This is illustrated fantastically by a fake alligator head equipped with LEDs to show the strength of the eel’s pulse when it attacks (see video above).

Okay, so, where do the horses come in?

In 1800, Alexander von Humboldt, a German naturalist, visited South America to collect and study electric eels. In order to catch the eels, local fishermen suggested sending a group of horses into a pool of eels as living bait. So they did. Naturally, the eels attacked what they saw as predators, pressing up against the horses’ legs and delivering pulses. Reportedly some horses died in this melee, although it’s unclear whether the eels’ shocks were fatal or whether the panic that must have ensued led to horses fatally injuring each other as they tried to escape. 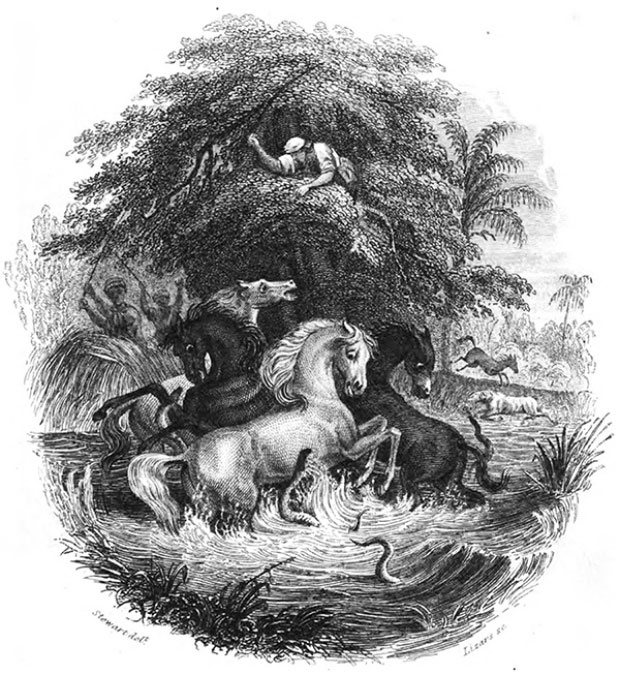 Dark history of equine sacrifice aside, there was one small detail about this episode that ties into this recent research on eels. In 1843, one of Humboldt’s associates published a drawing that showed eels leaping out of the water at the horses. But this behavior hadn’t been observed again—until now—and so modern researchers had sort of shrugged it off as an exaggeration of the actual events. 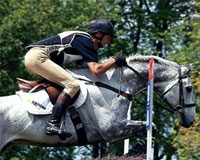