The sport of Thoroughbred horse racing as we know it today originated in England, and in the nation where the sport evolved, there is no event more prestigious than the Royal Ascot race meet held every June at Ascot racecourse.

Queen Anne is credited as the driving force behind the creation of Ascot in 1711, and through the years, the track and races there have grown in importance to the point that very few events can match their prestige. Ascot holds races at various times throughout the year, but the five-day Royal Ascot meet—comprised of 30 races conducted over a wide variety of distances—is the event that no one wants to miss. Members of Great Britain’s royal family, including Queen Elizabeth II, attend every year, and aggregate attendance over the five days approaches 300,000.

Until recently, horses based in the United States rarely ran at Royal Ascot, but after the U.S.-based trainer Wesley Ward won a pair of races there in 2009, other U.S. trainers and owners have begun to target the prestigious meet. A major milestone occurred when Ward’s talented sprinter Undrafted won the 2015 Diamond Jubilee Stakes, becoming the first U.S.-based horse to win a “Group 1” race at Royal Ascot.

Building on the success of Undrafted, the 2016 Royal Ascot meet will feature the largest and most talented group of U.S. horses in history. Leading the charge is the amazing champion mare Tepin, who defeated a top-class field of international runners in the Breeders’ Cup Mile last October. After being talented but inconsistent early in her racing career, patient handling by her trainer has allowed Tepin to blossom into a sensational star that has won six straight races in convincing fashion. She’ll face her toughest test yet when she takes on the best of Europe on their home turf in the one-mile Queen Anne Stakes at Ascot, but if Tepin can win, she would earn her place in the history books as one of the greatest racehorses of all time.

Update: On Tuesday morning, the Queen Anne Stakes was run and Tepin scored a historic victory, taking the lead with a quarter-mile left to run and holding off a late run from the talented European horse Belardo to win in exciting fashion. Her unprecedented victory has earned her accolades from fans and experts throughout the racing world, and her win will go down as one of the greatest moments in the long, rich history of horse racing.

WATCH: American mare Tepin gets #RoyalAscot off to a sensational start with victory in the Queen Anne Stakes. https://t.co/2bBON8oMeh

The globe-trotting Mongolian Saturday, winner of the 2015 Breeders’ Cup Turf Sprint and fresh off a pair of races in Hong Kong, will seek glory in the prestigious King’s Stand Stakes. Although he has a tendency to finish second or third more often than not, you won’t find a more hard-trying and consistent horse than Mongolian Saturday, and while he’s a longshot in the King’s Stand, a victory would be a satisfying and well-deserved prize for a very talented horse.

Wesley Ward will be back again with Undrafted, who will attempt to defend his title in the Diamond Jubilee Stakes, as well as Acapulco, who won the Queen Mary Stakes at Royal Ascot in 2015 and will run in the Coronation Cup this year. Ward will also run several precocious two-year-olds at Royal Ascot, including the exciting fillies Lady Aurelia and Red Lodge, who impressed with easy victories at Keeneland and Belmont Park this spring.

Trainer Graham Motion might be best known for winning the 2011 Kentucky Derby with Animal Kingdom, who finished 11th in the 2013 Queen Anne Stakes at Royal Ascot, but thanks to a filly named Miss Temple City, Motion may have another star runner in his barn. After a successful season last year that included a close fourth-place finish in the Coronation Stakes at Royal Ascot, Miss Temple City earned her biggest win yet when defeating male horses in the Maker’s 46 Mile Stakes at Keeneland in April, and she’ll give Ascot another try when she runs in the Duke of Cambridge Stakes on the second day of the meet.

Will the U.S. horses achieve their greatest showing yet during the 2016 Royal Ascot meet? Be sure to follow the news from Ascot and cheer them on! 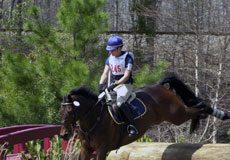