Home Horse News The Centauride: Raising Awareness of Domestic Violence, One Stride at a Time

How far are you willing to go for a cause that you’re passionate about? For Meredith Cherry, the answer is approximately 14,000 miles. Cherry is in the final stages of planning a “long ride” with her horse, Apollo, to raise awareness of Domestic Violence. The team will conquer 48 states, making stops in all of the capitals. The Centauride is expected to take four years to complete.

A ride like this has only been completed twice before, both in the early 1990s, and both by men. Cherry will be the first woman to make the attempt, and plans to embark on her journey on October 1, 2016.

How does someone prep for an epic journey such as this? Cherry has been working for over two years, planning out a route and training Apollo, her 8-year-old Peruvian/Mustang cross. Together, Cherry and Apollo have been working together on improving their fitness and training to be sure they are properly prepared for the ride.

Cherry found the name for her ride in Greek mythology. She writes on her website that “a ride of such epic proportions needed an equally epic name.” A Centaur is a mythical creature that is a combination of a horse and a human. Cherry found this fitting, seeing as Apollo and she are making the trip as a team. A Centauride is the name for a female Centaur, so it only made sense to go with that name. 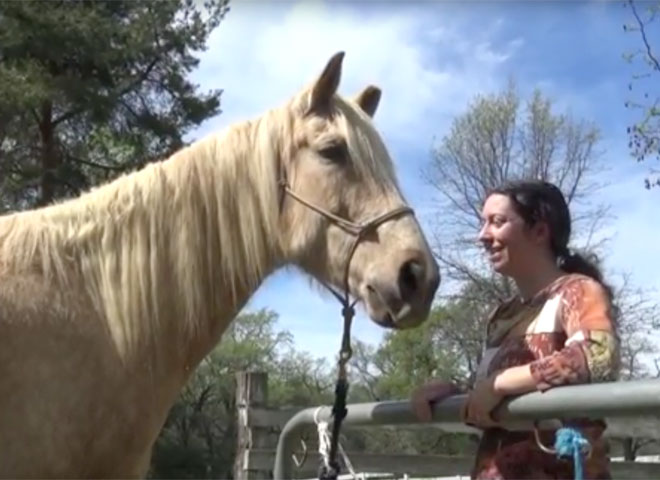 A victim of domestic violence herself, Cherry plans on making stops at women’s shelters, schools, domestic violence shelters, and community centers to speak about the “silent epidemic.” Cherry is planning to pass through as many highly populated areas as possible so that she will have the chance to speak with as many people as she can.

Packing for the ride is proving to be a challenge. Cherry knows that preparation is key on any trip, and that much more so when traveling with a horse. Gear for all weather, hygiene and safety items for both herself and Apollo, a tent and the needed electronic technology to document the ride will all need to fit in her saddle bags and weigh under 70 pounds (for Apollo’s comfort). Cherry has mapped her route out to pass near post offices and horse related businesses so that she will be able to receive packages when needed and get referrals for local farriers and vets.

Where will Cherry stay during her four-year-ride? She doesn’t quite have the answer to that yet. Cherry’s lightweight tent will be used most nights, and she will rely on the kindness of strangers to give her a place to rest.

Cherry plans on recording her ride through a blog, newsletter, book, and finally a publicly released DVD.

Cherry is currently raising money on Kickstarter for supplies to keep The Centauride trekking forward. As an incentive for donating, Cherry is offering several pledge rewards. For $5, you will be added to The Centauride newsletter subscription. For a little more, you will be mailed an en-route postcard. The levels of pledge rewards continue to step up, including a copy of the DVD prior to public release, an exclusive photo-and-story book, and even a chance to meet Cherry and Apollo for pizza. If you are feeling up to the challenge, you and your horse can even have the chance to join Cherry and Apollo for a day-ride on their route. 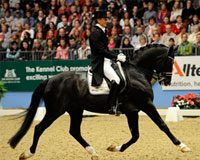