We all know that many human technologies and medications can help horses—everything from inhalers to MRI machines—but it’s rare that something first used in horses will eventually help humans.

A new invention first used on horses in Lexington, Kentucky., could eventually benefit up to half of the United State population: snorers. CrossCoat Medical, LLC, has created an injectable treatment that helps horses that have exercise-induced dorsal displacement of the soft palate (DDSP). This condition is where the soft palate in a horse is not rigid enough; it moves, covering the epiglottis and creating an airway obstruction that limits athletic performance. Similarly, snoring in humans occurs when the muscles of the soft palate and throat relax, partially blocking the airway.

Seen most often in Thoroughbred and Standardbred racehorses, DDSP is also called “roaring.” If you’ve ever heard a horse make a gurgling noise when he exhales as he is jumping or galloping, chances are good that he is a “roarer.” Other common terms are that a horse has “swallowed his tongue,” he “chokes down” or “flipped his palate,” – these all mean the same thing: that part of his soft palate is impeding how he breathes. This condition is also common in horses that are asked to hold their heads in a high arched position, like Saddlebreds and Hackneys.

While roaring is not an issue for most riding horses, it can be an issue for horses that are at the elite levels of their sport (think top-level eventers and endurance horses) and for racehorses, who work at a high rate of speed where maximum air intake is key.

How the Injection Works

CrossCoat’s injection uses a protein crosslinker (proteins that are chemically joined) that makes the tissue more rigid, preventing it from flopping over onto the esophagus and blocking air intake. The injection works almost immediately.

Researchers used three horses in a study to determine if the injection would work. First, to determine that each horse used in the study actually had DDSP, each horse was scoped and then asked to exercise. Audio recordings of the study horses can be heard at www.crosscoatmedical.com

Each horse cantered for 10 minutes and was recorded both before and after the injection. The researchers kept track of the loudness and frequency of roaring, as well as the gaps in breathing and the palate displacement. All three of the study horses would stop breathing when their palates were displaced. After the injection, no large breathing gaps were recorded and two of the three horses used in the study were “cured” by the treatment. All three horses had a marked reduction in roaring loudness and an increase in athletic performance. The injection was deemed a success.

It is thought that the same successes will be found in human patients, where both snoring and sleep apnea can result in decreased quality of sleep and an increase in stroke. 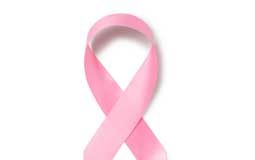 Pink for a Good Cause