Editor’s Note: You may have heard that there were some interesting horse scenes in this week’s episode of The Bachelorette. We turned to Horse Illustrated Reality TV Correspondent Holly Caccamise for a play-by-play of what happened.

Once upon a time, JoJo took all of her boyfriends to Argentina. There are lots of horses in Argentina. So they decide to go on some “horse dates.” 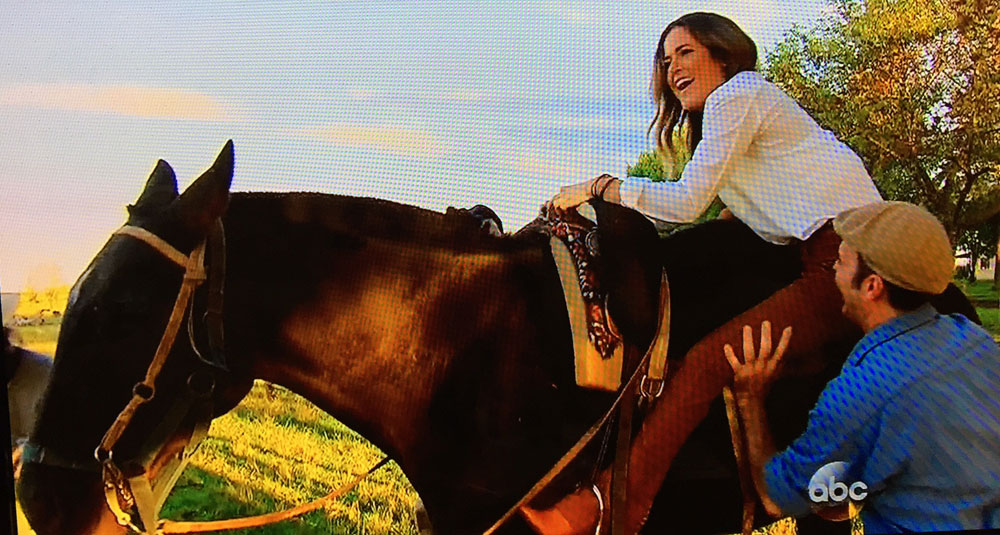 JoJo is wearing boots with a 4-inch heel, and clearly has never mounted a horse from the ground. She grapples painfully with the concept of leverage, and the gaucho ends up hoisting her dead weight into the saddle. 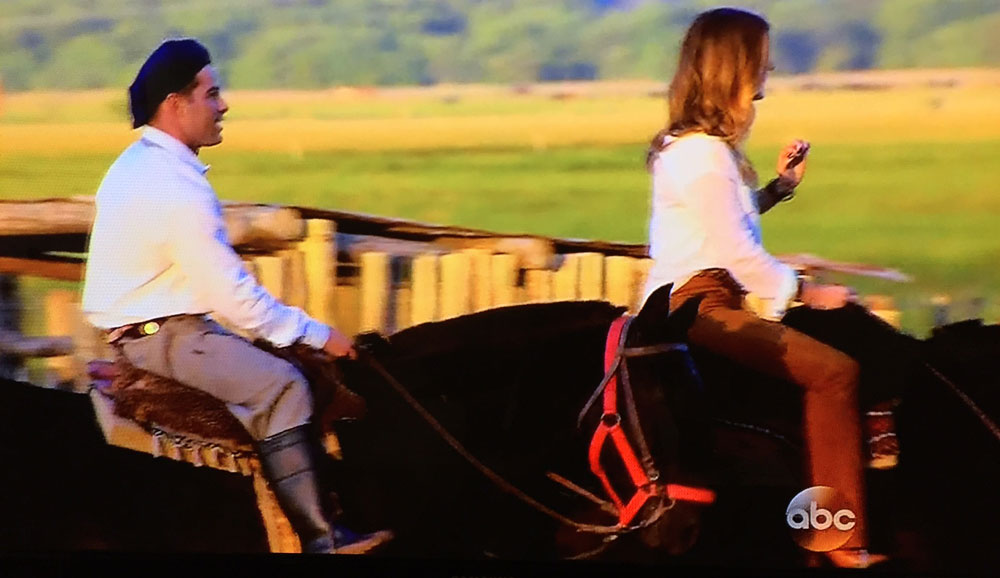 JoJo’s date, Alex, is forced to dress in traditional gaucho clothing. He is able to get on the horse, but proceeds to slump in the saddle and they both ride in terrible chair seats. 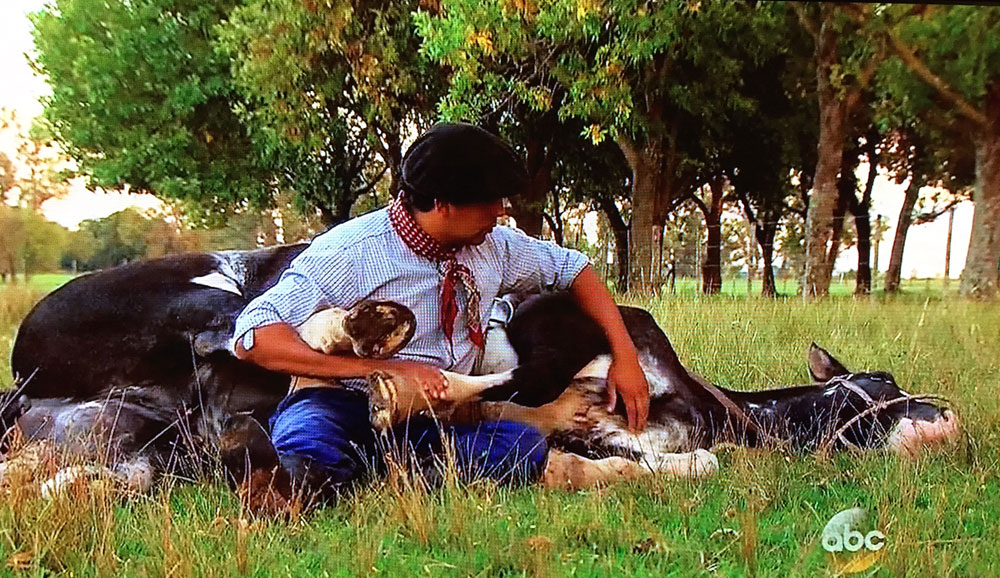 They stop for a break, where one of the gauchos is showing them how they train the horses by “capturing their heart,” or some such. The rider proceeds to lay the horse down and flip it over, straddle it, and play with its feet. Viewers are feeling very awkward right now, but JoJo says it’s the best thing she’s ever seen in her entire life. 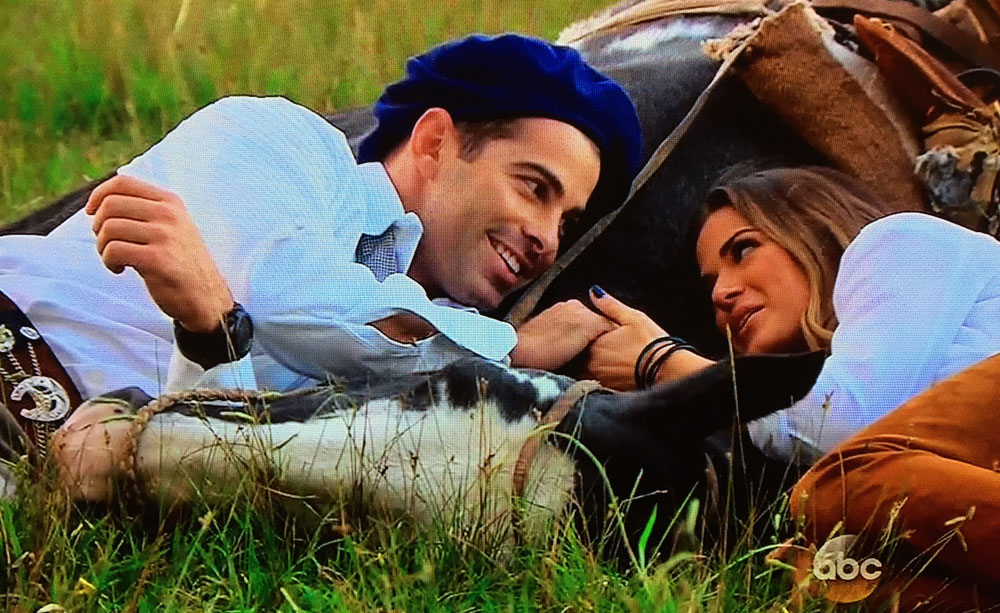 JoJo and Alex are instructed to lay on the horse’s neck and commune with it … I think. At this point we get the feeling Alex is maybe a little more into JoJo than vice versa.

Time for the second horse date! They set the scene by showing someone who actually can ride a little bit, running right past a perfectly good jump without jumping it. 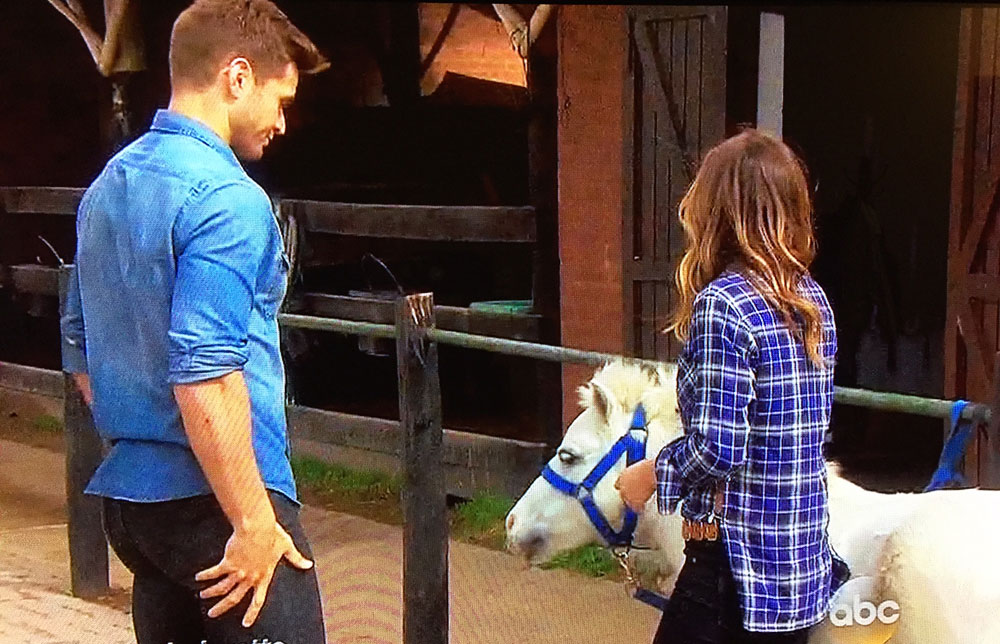 JoJo meets up with her date, Luke, near a white pony she says is named Snowflake. I have my doubts about that being the real name of a pony in Argentina. 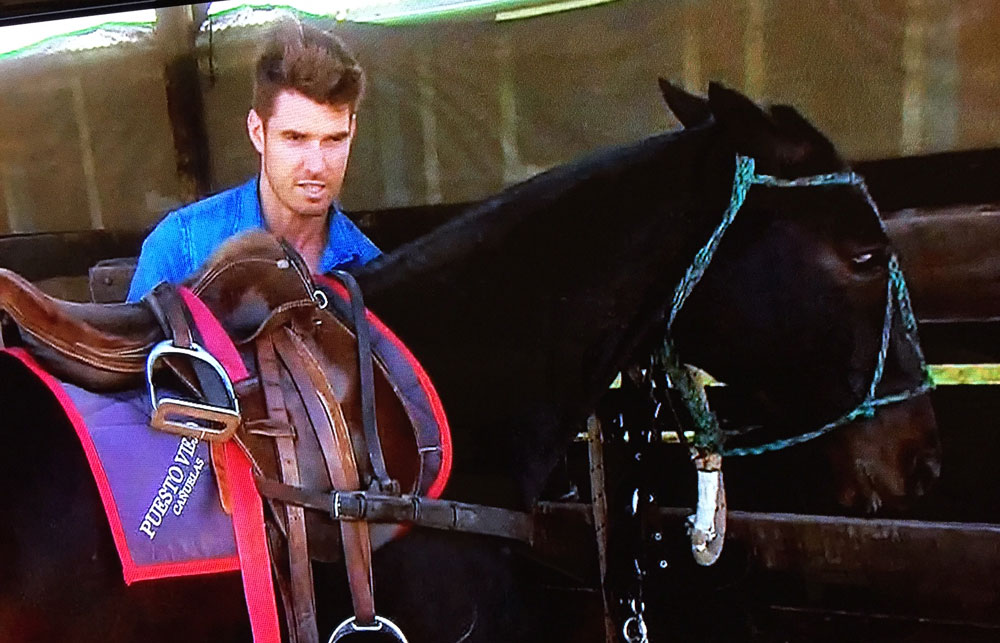 Luke is apparently a real horse person. He tells JoJo he broke his first horse when he was 2 (him, or the horse?!). She says, “What do you mean, you BROKE it?” Sigh. Sidebar: These are some strange-looking rope halters in Argentina. 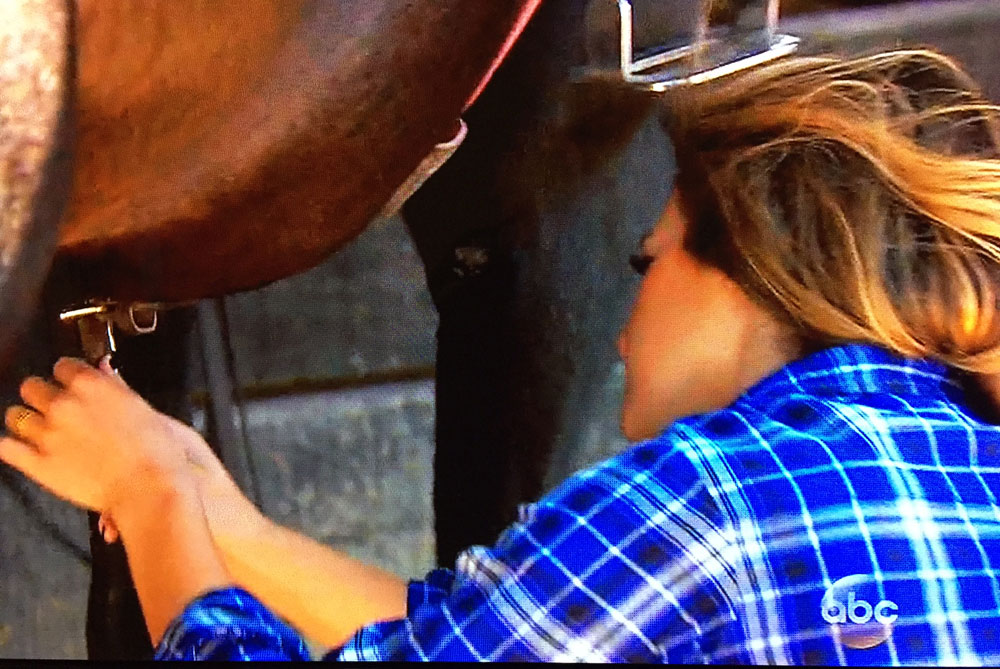 Looks like a dangerous place to buckle a girth, especially for a newbie. 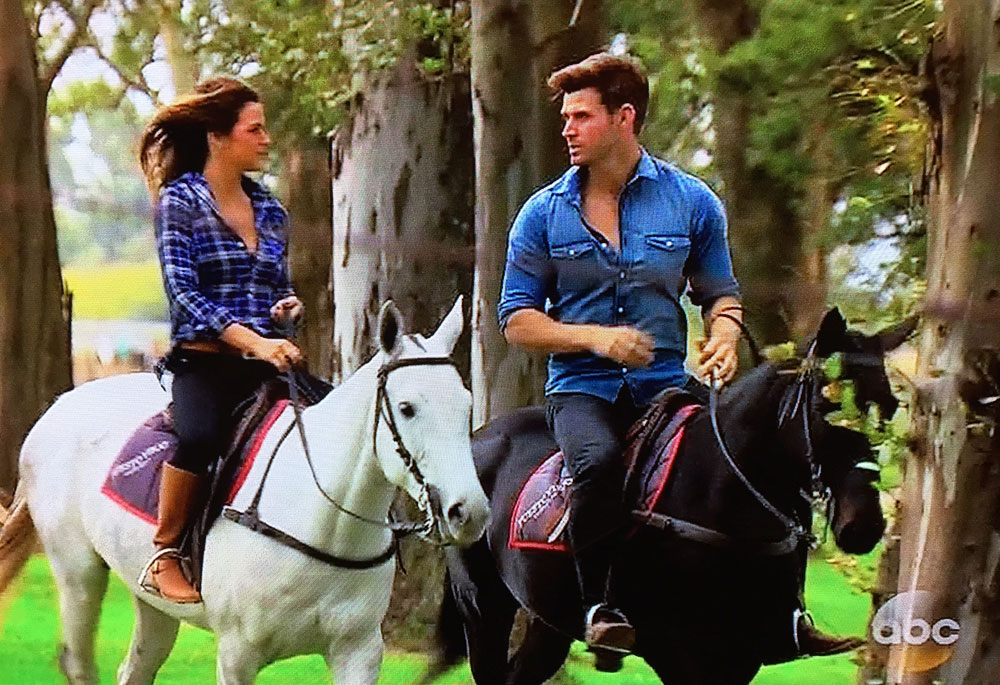 And finally, a riding scene where at least one person doesn’t make you want to throw up. Plus, JoJo has swapped out her 4-inch heels for some other fashion boots with a much more sensible riding heel. 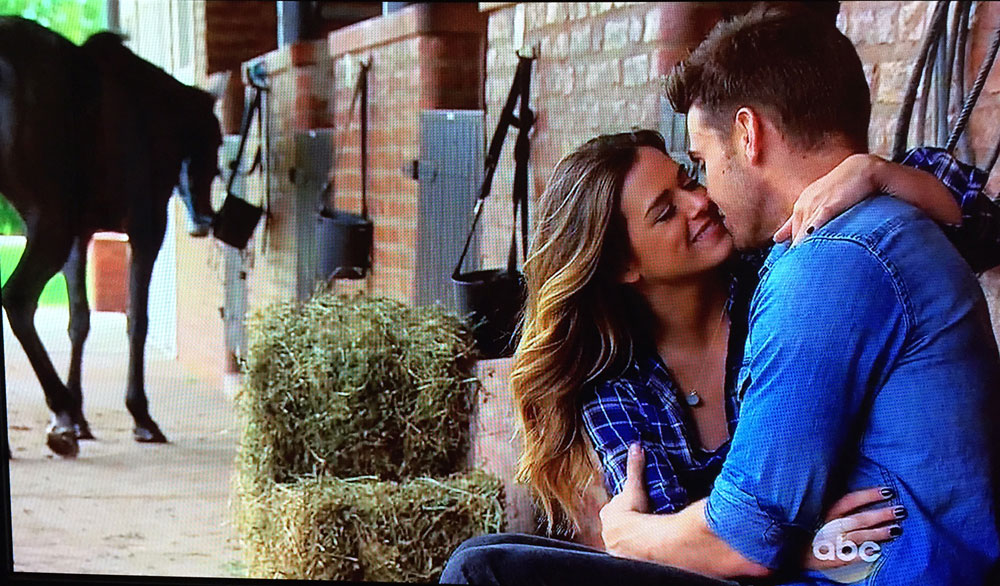 They arrive back at the barn and have a romantic make-out sesh on a hay bale. This sounds like a good idea until you think about the flies and smelling the nearby stalls.

Until we meet again, due to yet another horse episode ruining one of your favorite TV shows!

Holly Caccamise is Managing Editor of Horse Illustrated. She watches reality television so you don’t have to.