Very few horse
owners are fortunate enough to spend most of their day within sight
of their horses. If you keep your horse in your own backyard or at a
quiet boarding stable, he probably spends the majority of his time
contentedly unsupervised. And most of the time, that’s just fine.
But for some owners, having a way to check in on their horse’s
activity and physical state would provide some peace of mind, and
perhaps even some valuable knowledge for health and training
decisions.

That’s the idea
behind Equisense Care, a new invention currently under development in
France. The device is a form of wearable technology for horses that
will monitor certain vital signs and even detect the start of colic
symptoms to aid in early intervention. The device itself is built
into what the creators call a bodysuit, which covers the horse’s
chest and shoulders, similar to a blanket guard. A mesh version for
summer use aims to keep horses cool while wearing the bodysuit all
day.

The device records
information about the horse that can be transmitted via Bluetooth to
the owner’s smartphone when the app is synced. Users will also have
the option of purchasing a subscription, which keeps the app synced
constantly and can alert a horse’s owner when there’s potential
trouble.

According to
Equisense’s Kickstarter page, the first version of the device and
app will record the amount of time the horse spends moving and how
much time is spent sleeping. Equisense Care will also measure heart
rate and heart rate variability, respiratory rate and perspiration,
which will determine when the horse is experiencing pain or stress. A
planned update for later in 2017 includes recording body temperature,
agitation and time spent eating. 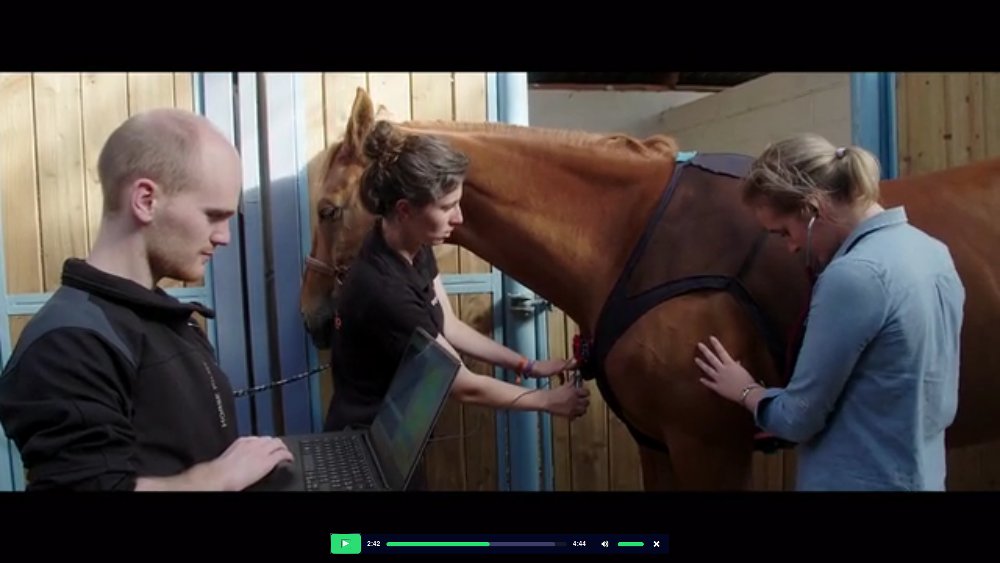 Equisense Care isn’t
an entirely new invention; it’s based on a similar device called
Equisence Motion. The Motion is designed for use during training
sessions and is said to record not just the time spent at each gait,
the speed of the workout, and number of jumps, but also the horse’s
symmetry and work intensity, Equisense Motion was also funded through
a Kickstarter campaign and is currently available for pre-order.

The project is being
crowdfunded through Kickstarter, and at the time of this writing, it
had already surpassed its funding goal by nearly $5,000 with more
than three weeks left of the campaign.

Find out more at
equisense.com or on the Equisense Care Kickstarter page.


Leslie
Potter is a writer and photographer based in Lexington, Kentucky.
www.lesliepotterphoto.com