There are several
different ailments that could cause a horse to have an increased
temperature, decreased appetite, and lethargic behavior. A recent
Facebook post from the Deerfield Veterinary Clinic in New Hampshire
describes an increase in one illness that most horse owners probably
wouldn’t think of immediately: Anaplasmosis.

Anaplasmosis is
caused by a bacterium called Anaplasma phagocytophilum which is
transmitted by ticks. According to the Centers for Disease Control, the black-legged tick and
the western black-legged tick are the primary transmitters of this
bacterium. In humans, the disease was first discovered in the
mid-1990s and reported cases have increased ever since. In humans, it
is most common in New York and New England and in the upper Midwest,
specifically Minnesota and Wisconsin.

In horses, however,
equine anaplasmosis was first reported in California and is still
most common in northern California, according to the Merck Veterinary
Manual. However, it is found across the United States, on the west
coast of Canada, and in parts of Europe.

Although horses and
humans (and other animal species) can get anaplasmosis, there is no
evidence that it can be transmitted directly from a horse to humans.
Ticks bites are likely the only source of infection.

The symptoms of the
disease vary from one horse to another and are often different in
horses of different ages. According to the Merck Veterinary Manual,
most infected horses will have a fever. Young horses may also show
depression, swelling in the legs, and a lack of coordination. Adult
horses may have all of those symptoms as well as a reluctance to move
and jaundice. If an afflicted horse has an existing infection from a
different cause, it may become worse.

According to Blue
Ridge Equine Clinic, equine anaplasmosis can be diagnosed by
examining the blood under a microscope to look for the presence of
the bacteria. A titer test can also be used, which shows if a horse
has had an immune response to the bacteria. 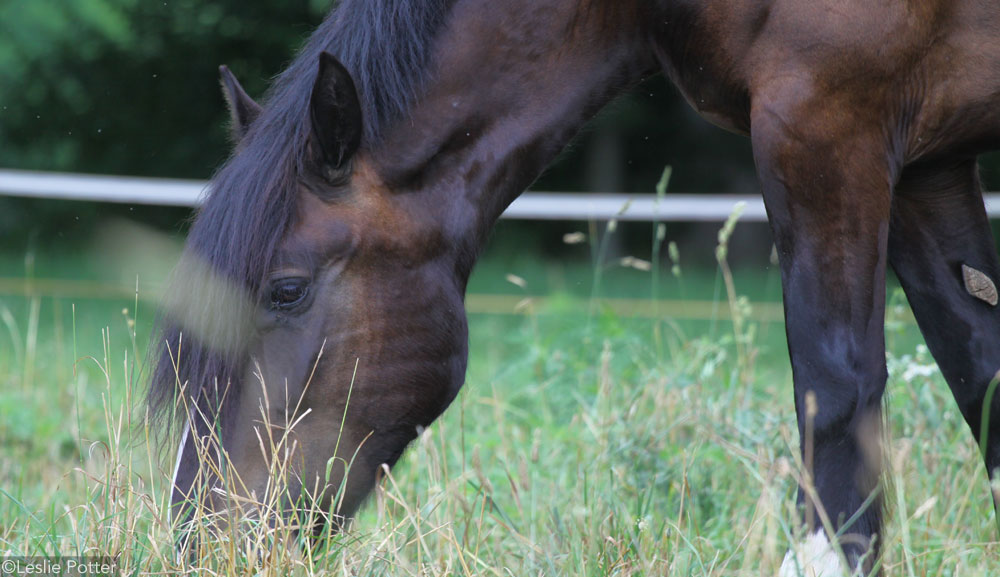 Although the disease
can be fatal, death is an extremely rare outcome and is more likely
in horses that have other simultaneous infections. Some horses with
mild cases can recover within a few weeks even without treatment.
However, to minimize an affected horses discomfort and reduce the
risk of complications, it’s essential to catch the disease early
and treat it appropriately. Most cases can be cleared up with the
correct antibiotics. Horses with more severe symptoms may be treated
with injectable corticosteroids.

There is no vaccine
available for equine anaplasmosis, so the best prevention is the same
as for other tick-borne ailments: Avoiding tick bites. Depending on
where you live and ride, you may not have a way to fully protect your
horse from ticks. However, checking for ticks after your horse has
been out in the woods or tall grasses will give you the chance to
find the little disease-carriers before they’ve had a chance to
bite your horse.

As always, your
veterinarian will be your best resource for information on the
diseases that affect horses in your area and what you can do to
prevent and treat them.