Someone illegally hunting deer near Thorn Hill Horse Boarding in Raytown, Missouri, cut the fence on the property, letting five horses run free, according to the farm’s owner, Bruce Wedel.

In a story on Fox4 News in Kansas City, Wedel explained that a wildlife ranger discovered the hole in the barbed-wire fence and remains of a deer. The evidence suggests that someone, or possibly multiple people, illegally shot the deer, then cut the fence to get to the carcass and drag it away. They made no effort to block the new hole in the fence.

This incident is reported to have occurred on December 14, and the horses have not yet been found. They had been seen on neighboring properties, but ran off before they could be rounded up. Wedel even used a small airplane to look for the horses from above, but there have been no signs of the horses.

There is suspicion that the horses may have been stolen. Wedel and Bill Edrington, a boarder at Thorn Hill Horse Boarding whose girlfriend’s horses are among the missing, told Fox4 News that they believe someone could have found the horses and trailered them out of the area, which would explain why there have been no signs of them.

Another boarder whose horses are missing filed a report with Stolen Horse International (netposse.com) to spread the word about her two lost mares, Prancer and Star. 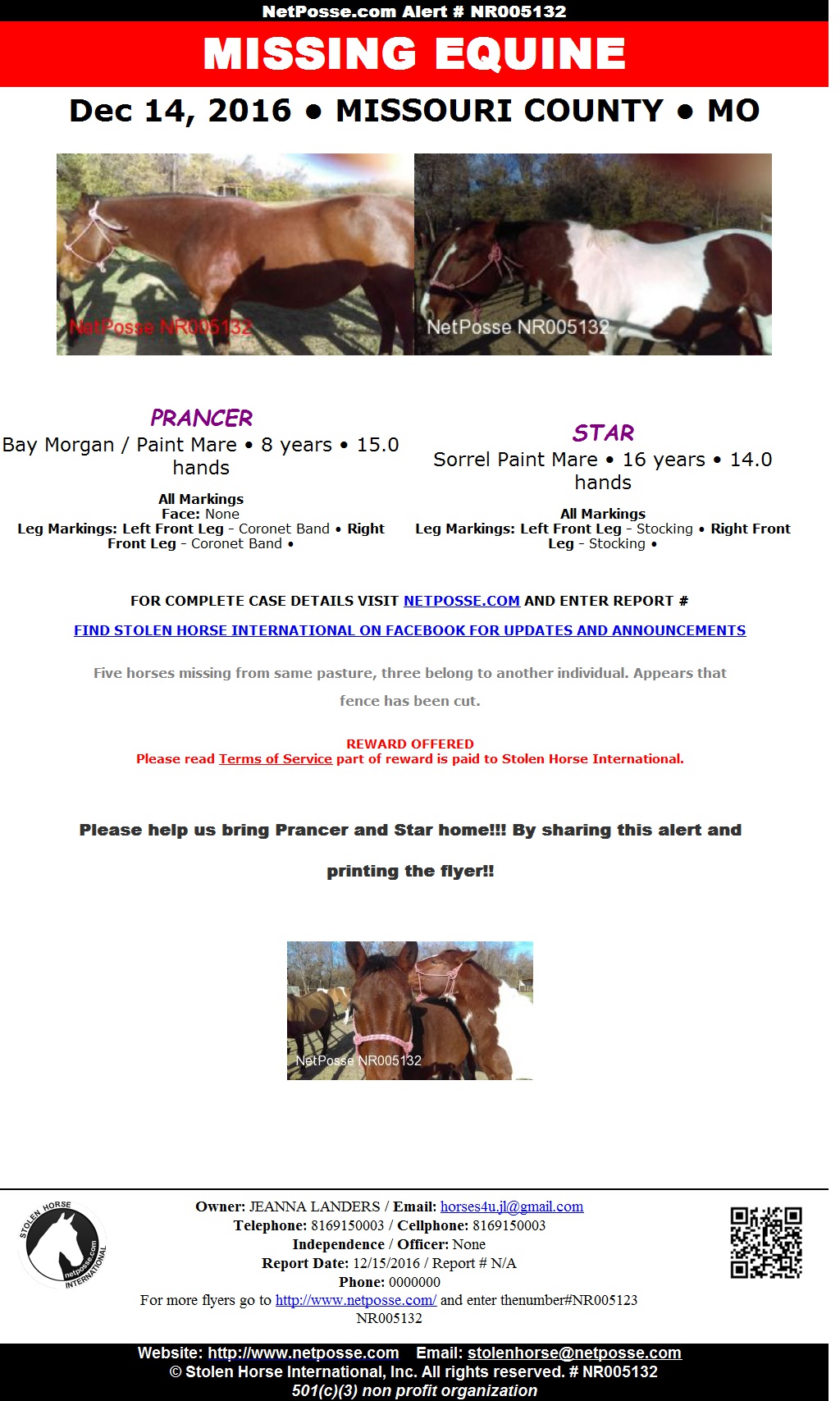 Anyone with information on any of the missing horses are asked to contact the Jackson County, Missouri, Sheriff’s Department.