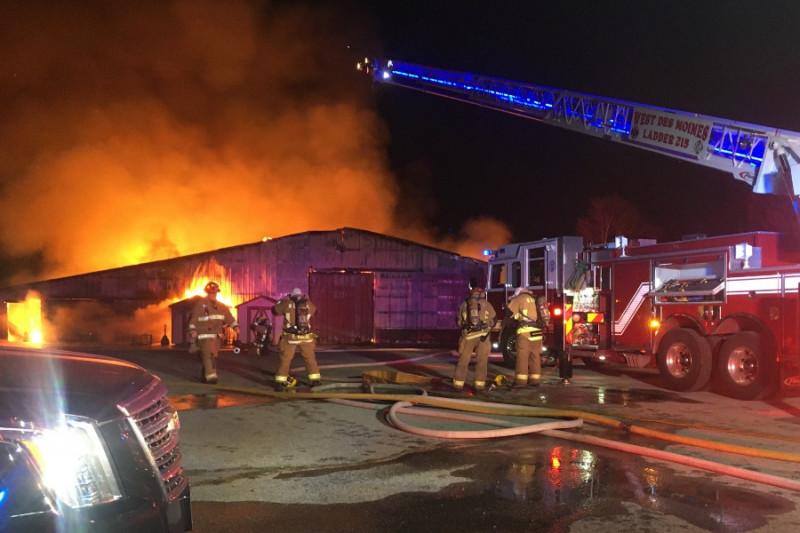 When a fire broke
out at Maffitt Lake Farms on the evening of Friday, Dec. 2, 29 horses
were in the barn. It was every horse owner and caretaker’s
nightmare.

A horse named Ozzie,
a fairly new boarder at the facility, went missing after fleeing the
fire, but he was recovered safely on Sunday.

Maffitt Lake Farms
has a sister facility, Maffit Lake Equestrian Center, which is a
horse show venue that hosts numerous hunter/jumper shows. The horses
displaced by the barn fire will be able to stay in the stabling at
the equestrian center’s facility.

The fire started
around 5:30 on Friday and was first detected by a young rider who was
schooling her pony in the farm’s indoor arena, according to chronofhorse.com. Des Moines news station KCCI reports that the
barn and indoor arena are a total loss after the fire, which
continued burning throughout the night into Saturday. The cause is
unknown at this time.

A GoFundMe page was
created by rider Emily Pope to help replace the lost farm and
equipment; the campaign quickly exceeded its $20,000 goal and has
been closed. Queenie Productions, a company that organizes
hunter/jumper shows, announced that they will be collecting
equipment—halters, blankets, etc.–at their Lake St. Louis horse
shows over the next two weeks to help Maffitt Lake replace the items
they lost. Additionally, Saddlers Row, a tack shop near Chicago, has
donated stable supplies and veterinary equipment.

Read on for
information on preventing barn fires.
What to Do In Case of a Barn Fire
30 Tips to Prevent Barn Fires


Leslie Potter is a writer and photographer in Lexington, Kentucky. www.lesliepotterphoto.com

Horse World Gives Back will raise funds for victims of natural...