Home Horse News Are You Adjusting Your Horse’s Noseband Correctly? 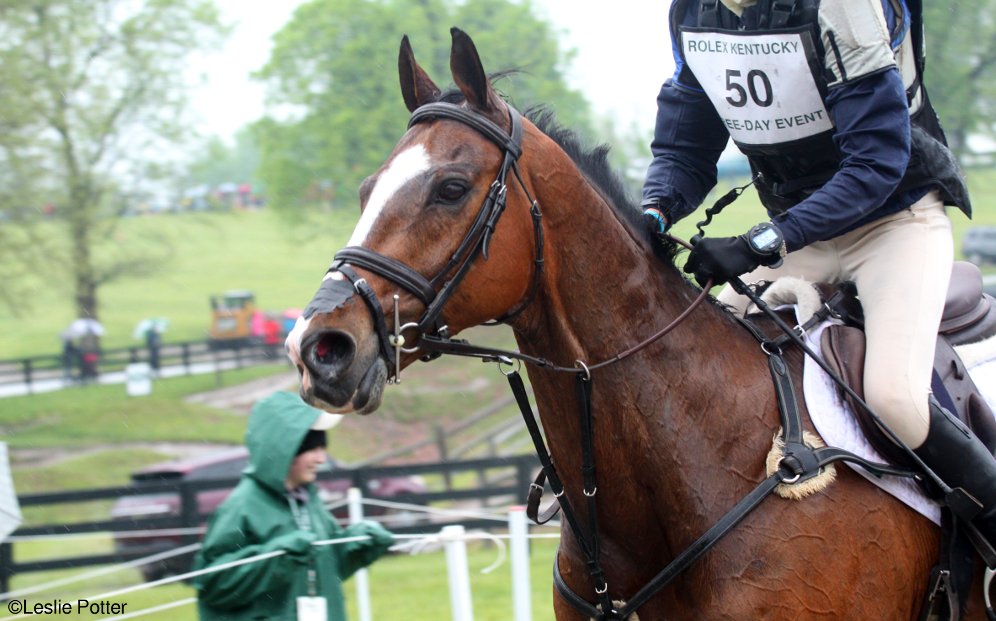 If you ride one of the English disciplines, you probably remember being taught the two-finger rule for adjusting your horse’s bridle. Essentially, this rule is a commonly held guideline that says that you should be able to fit two fingers between the noseband of the bridle and the horse’s nose. When adjusted correctly, the noseband won’t put pressure on the horse’s face when he is relaxed.

In a new study published in the journal PlOS One this month, researchers in Ireland collected data from 750 horses at competitions in the disciplines of eventing, dressage, and performance hunters. They measured the fit of the bridle and classified each horse by how many “fingers” could fit between the noseband and the middle of the horse’s nose. Bridle fit was categorized as: greater than two fingers; two fingers; 1.5 fingers; one finger; .5 finger; or zero fingers.

One of the shortcomings of the two-finger rule is that everyone’s fingers are different sizes. It can still be a useful guideline for riders while tacking up in the barn, but such a varied measurement is insufficient for a scientific study. For this survey, the researchers used a tool called the ISES taper gauge to get consistent measurements.

What the researchers discovered was that not only do few riders adhere to the two-finger guideline in competition, but a large percentage adjust the noseband so that there is no space at all. Only 7 percent of the nosebands measured were adjusted for two fingers; 44 percent measured at zero fingers. Of the three disciplines examined in the study, nosebands were tightest in eventing and least tight in performance hunters with dressage falling in the middle. The study notes that within eventing, the researchers found no significant difference in noseband tightness between horses competing in the dressage phase and the cross-country phase.

The researchers suggest that eventers might be more inclined to over-tighten their horses’ nosebands for competition as control is extremely important and often more difficult to achieve in that sport. In dressage, judges may penalize a horse whose mouth is gaping open, so some riders might be inclined to over-tighten the noseband to prohibit their horse from opening his mouth. In both of those disciplines, Swedish or “crank” nosebands, which use a pulley action and can be tightened even more than a traditional noseband. In performance hunters, horses are typically ridden in show bridles with a standard cavesson rather than a crank noseband, which might account in part for the generally looser fit in that discipline.

In general, there aren’t set rules on the books for noseband tension and it isn’t something that competition stewards routinely measure. However, the authors of this study point out that there are potential welfare consequences of too-tight nosebands. They may lead to a lack of bloodflow, tissue damage, and even a restriction on normal breathing. The authors state that there hasn’t been sufficient research on the effects of tight nosebands to demonstrate these effects conclusively.