Friends, fun and horses are at the center of a new show for kids on Nickelodeon. Ride premieres Monday, January 30, with two episodes airing back to back at 8:00 and 8:30 p.m. ET/PT. The show will air regularly on Mondays at 8:00 p.m.

Equestrians of a certain age will remember Nickelodeon’s earlier foray into horsey-themed programming. Hey, Dude, a show about the young employees of a dude ranch in Arizona, was a mainstay of late 80s/early 90s family-friendly programming on the cable network. But Ride promises something that many episodes of Hey, Dude lacked: actual horses.

The central character of Ride is Kit Bridges (played by Kendra Leigh Timmins). Kit is an American teenager who moves to England when her father, cowboy Rudy (Mike Shara), accepts a job as the equestrian supervisor at The Covington Academy, a posh boarding school in the country. But while the school is populated by ambitious and skilled young riders, Kit is terrified of horses, and she’ll have to learn to conquer her fears and find her place at her new school. 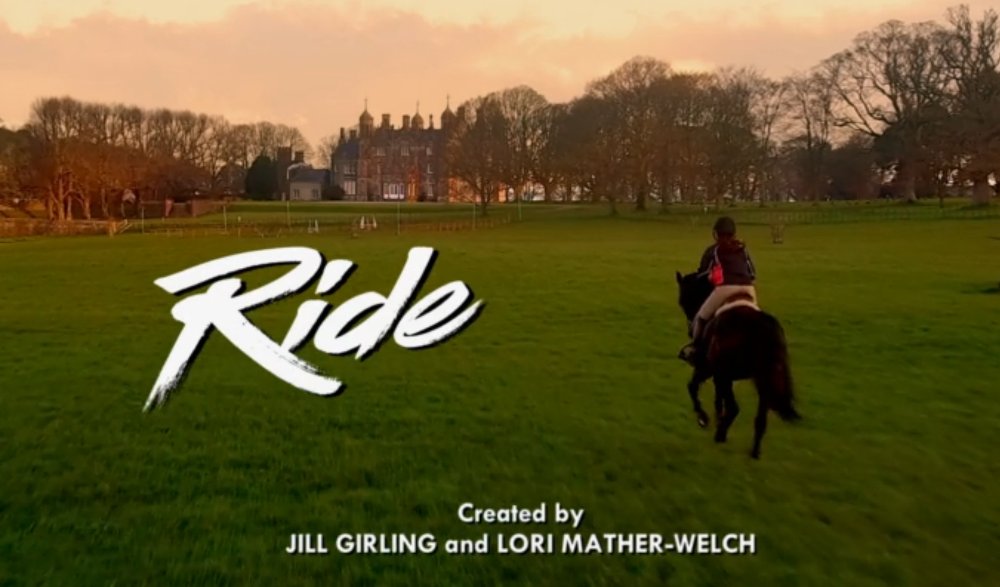 Hollywood rules apply here, so instead of Kit sticking with a solid old schoolmaster as she reluctantly enters the equestrian sport, she forms an unlikely bond with TK. TK is a stunning, jet-black steed and the school’s most challenging horse, deemed wild and untrainable by the students and staff. But he might just be the horse who helps Kit learn to embrace her new horsey community.

In the pilot episode, Kit makes a big impression at her new school when she stands up to the strict headmistress, Lady Covington, for the right for students to express their individuality. But while Lady C lets Kit get away with thwarting the school’s rules, TK, a rule-breaker in his own way, might not be so lucky, and it’s up to Kit to save him from an uncertain fate.

The show has been picked up for 20 episodes, and you can watch the pilot, titled Arrival, right now at Nick.com/ride. Give it a watch and let us know what you think.

And if you’re a child of the late 80s/early 90s and feeling a little nostalgic, feel free to sing along…

Leslie Potter is a writer, photographer, and child of the 80s and 90s based in Lexington, Kentucky. www.lesliepotterphoto.com 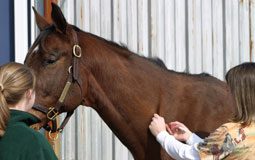