Each year, Land Rover sponsors a “Best Ride of the Day” award, and last year, veteran rider Lauren Kieffer won the honors for her cross-country performance with Landmark’s Monte Carlo in the horse’s four-star debut. In the video, Kieffer talks about her experience during last year’s rainy cross-country phase and shares a bit about preparing her horses for this year’s Rolex.

Landmark’s Monte Carlo is one of three horses Kieffer has in her Rolex string this year. The other two are her 2016 Olympic mount, Veronica, and another newcomer to the four-star level of eventing, a 9-year-old Anglo-Arabian gelding named Vermiculus. Vermiculus is a full brother to Snooze Alarm, the horse Kieffer first rode when she was 14 and he was just 4. Together they made their way up to the ranks all the way to their Rolex debut together back in 2010. Snooze Alarm is now retired, but Vermiculus appears poised to continue his legacy at the four-star level. 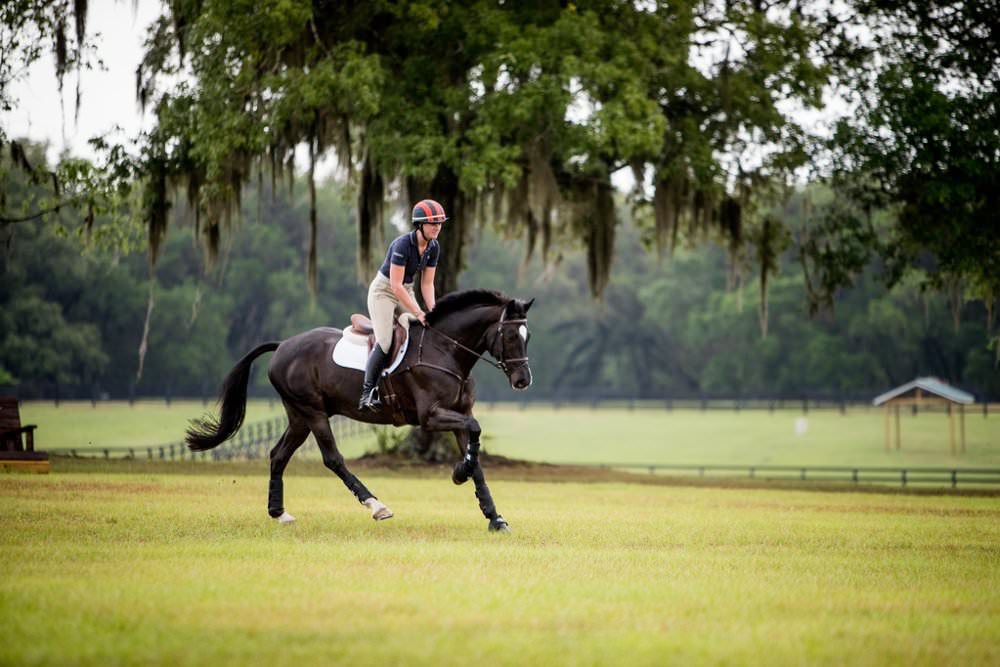 The striking black horse with the distinctive face markings featured in the video is not one of Kieffer’s Rolex mounts.
Eventing Nation reports that he’s a young Dutch Warmblood named Gomarus who is currently competing at the Novice level.

The 2017 Rolex Kentucky Three-Day Event begins this Thursday, April 27, and runs through Sunday, April 30. We’ll be covering the competition here on HorseChannel.com. You can also watch the livestream at usefnetwork.com.