Dreamworks’ film Spirit: Stallion of the Cimarron is now 15 years old. The classic animated movie about a wild horse who would not be tamed came out in 2002. A new Spirit is returning to the screen next month in a series for a new generation of kids titled Spirit: Riding Free. Watch the trailer below.

Riding Free takes place in the 1800s and illustrates the timeless themes of friendship, finding yourself and coming of age. The main character, Lucky, is a 12-year-old girl who is unhappy about moving from the city to a frontier town with her father, leaving her old friends and the life she knew behind. But along the way, she meets and befriends Spirit, the wild buckskin stallion. She also forges friendships with Pru and Abigail, two similarly adventurous young girls. Together with their horses, the three girls find their place on the frontier. 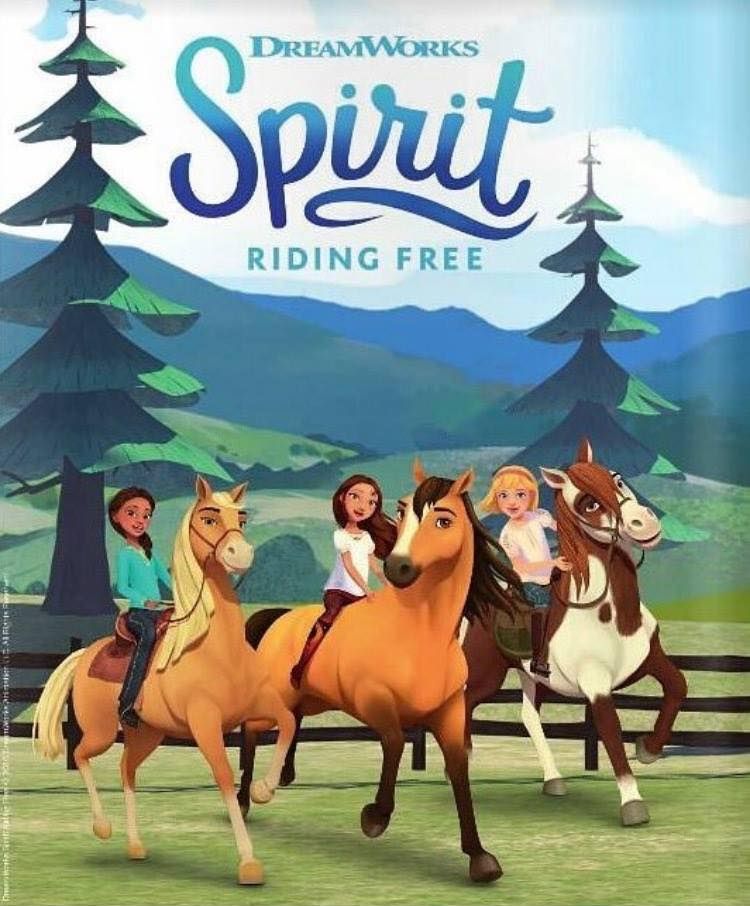 While Spirit Riding Free is very much inspired by the Oscar-nominated 2002 film, the titular character is not the same horse, despite the similar coloring, attitude, and name. The artists behind Netflix’ Spirit gave him a white blaze, distinguishing him from the film’s solid buckskin. And unlike the film’s Spirit, who is never truly broke, this Spirit seems to enjoy rides with his human buddy—albeit only without saddle or bridle.

Another difference? While the film was narrated by Spirit himself (voiced by Matt Damon) the new series is primarily from the perspective of Lucky. The horse keeps his talking limited to equine vocalizations.

The full series will be available on Netflix on May 5.

The Joys of Working with Quirky Horses