A carriage horse named Goldy went for a long run through New York City on Tuesday, and it started with a wrong turn.

“[Goldy was] just getting back from work and getting unharnessed and he made a wrong turn and came down the ramp and out on to the street,” said Clinton Park Stable manager Conor McHugh.

Once out of the stables, Goldy took off through the Hell’s Kitchen neighborhood of Manhattan. She reportedly galloped 11 blocks before making her way back to the stables on her own.

Before her journey ended, Goldy caught the attention—and concern—of New Yorkers. Angel Diaz, a deliveryman, told NBC New York that he jumped out of his car when he saw the horse and tried to safely stop her.

“She was kind of skeptical about it, but then eventually she slowed down,” said Diaz. He was able to grab her halter, but she shook free of his hold and continued on.

Brooke Fedigan and her husband were driving down West 54th Street when they saw Goldy on the run. Brooke caught the scene on video.

“[Goldy] was going full speed. It was galloping,” she told NBC New York. “It cut our car off, so we almost hit the horse!

“It looked scared,” Fedigan added. “And then it made me feel scared.”

Stable managers at Clinton Park said that Goldy was examined by a veterinarian after her ordeal and received a clean bill of health. 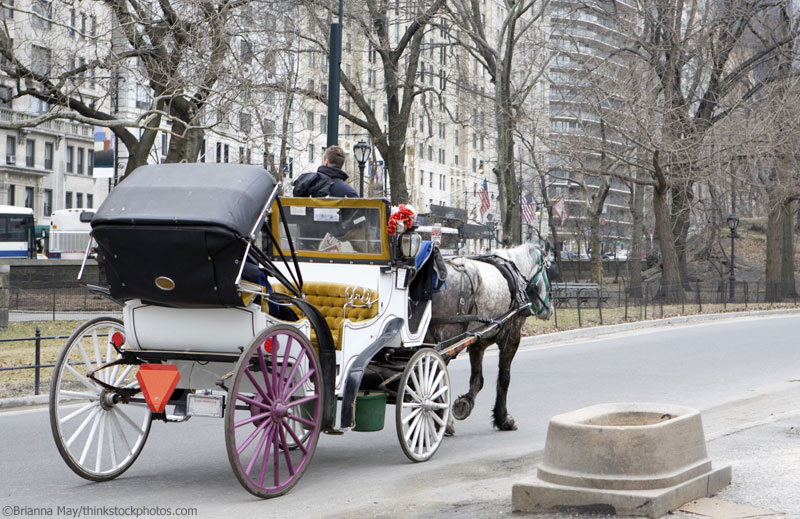 Carriage horses are a point of contention in New York and other cities. Supporters say they’re an important part of the character of the city, a draw for tourism, and that they provide jobs for drivers and stable workers. Opponents, which include current mayor Bill de Blasio, say that working in city traffic alongside cars and pedestrians is unhealthy for the horses and potentially dangerous to the horses and people when a horse gets spooked or loose.

While Goldy’s gallop ended without any known damage to people, property, or the horse herself, the incident has already become a part of the ongoing debate on horses in the city.