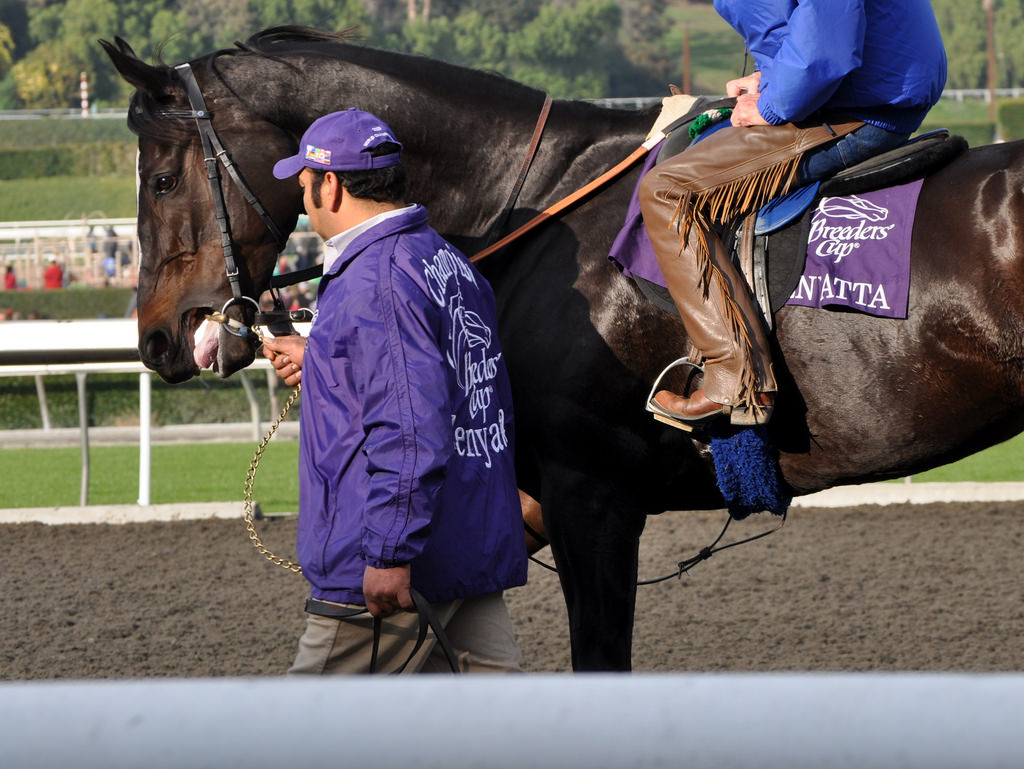 Photo by Dave Cooper on flickr/CC BY 2.0

Congratulations are in order for 2010 Horse of the Year Zenyatta, who just welcomed a bay filly with a round star. The unnamed foal was born at 8:50 p.m. on Tuesday, May 9, according to a post on Zenyatta.com.

Queen Z and her new baby are said to be in excellent health. Click here to see new photos of them on Zenyatta’s website.


Zenyatta is known for holding the North American record for consecutive racing victories, winning 19 out of 20 of her career starts. (She shares the record with Peppers Pride, a mare who only raced in her home state of New Mexico.) Zenyatta won the Breeders’ Cup Classic in 2009, and was the first mare or filly to do so. She and her human connections were also known for being ambassadors for Thoroughbred racing, bringing new fans along throughout Zenyatta’s relatively long career.

Z’s new filly is by Medaglia d’Oro, sire of another famous racemare and a contemporary of Zenyatta’s, Rachel Alexandra.

This is Zenyatta’s fifth foal and her second filly, but she’s had some misfortune during her broodmare career. The first filly, dubbed Z Princess, died at six months after sustaining an injury in a pasture accident in October 2014. Zenyatta was not bred for a 2015 foal, and her 2016 foal, a colt, died just a few days after he was born due to meconium aspiration syndrome.

Zenyatta’s first two colts are Cozmic One and Ziconic, foaled in 2012 and 2013, respectively, and are in race training, with the latter having some success on the track.

By all accounts, Zenyatta adapted well in her transition from jet-set race horse to stay-at-home broodmare and has been an excellent mother to her foals. She is undoubtedly content to have a healthy filly by her side now.

Based on the timeline of Z’s past foals, it’s unlikely that her owners, Anne and Jerry Moss, will announce this filly’s name for a while. But that won’t stop fans from offering their own ideas. Have an idea for a fitting moniker? Leave it in the comments.