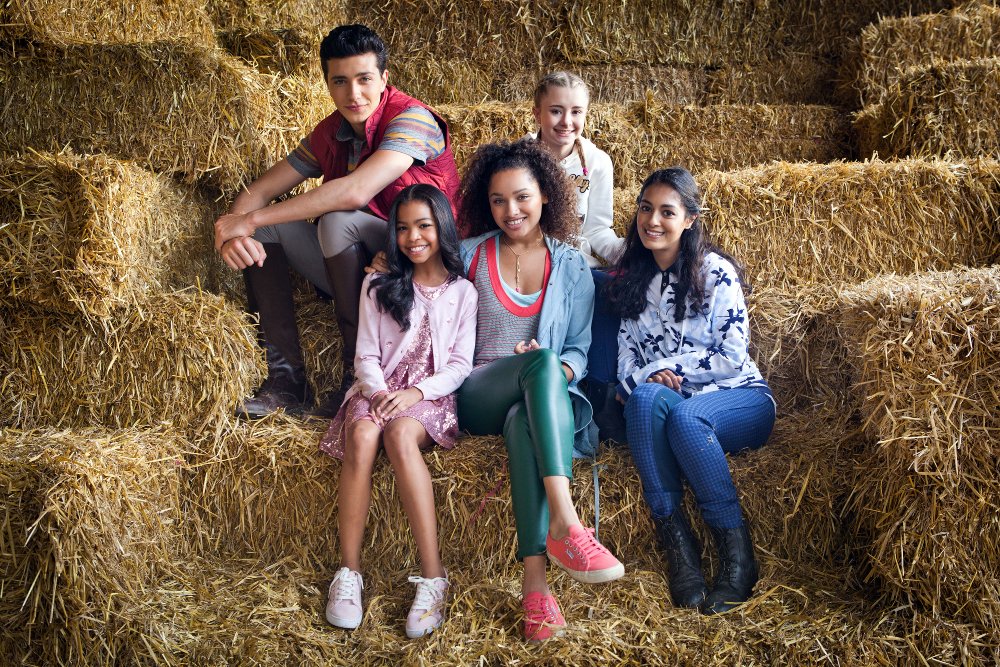 Couch potatoes, rejoice! Netflix is bringing us a new horse-themed series set to premiere on June 23.

Free Rein is a British series described as a coming-of-age drama centered around an American teenager named Zoe who spends a summer at Bright Field Stables in the English countryside. There, she befriends a mysterious horse named Raven who helps her overcome personal challenges.

Zoe is played by Jaylen Barron, who has previous roles in the TV-for-kids realm including the Nick at Nite sitcom See Dad Run and Disney’s Good Luck Charlie. The 19-year-old actor currently has a recurring role as Dominique on the decidedly not-for-kids Showtime series, Shameless.

The cast reportedly also includes Celine Buckens, who has some existing silver-screen equestrian cred thanks to her role as Emilie in War Horse, and Kerry Ingram, who played Shireen Baratheon on Game of Thrones.

If the show’s premise sounds familiar (American teenager goes to England and bonds with an unruly equine), you may have caught the young adult drama Ride on Canada’s YTV last year or on Nickelodeon earlier this year. It’s currently unknown if Ride will have a second season, but the initial run of 20 episodes is available to watch on Nick.com, provided you have a paid TV subscription. There’s also a series of books based on the series set for publication this fall.

Free Rein does have something Ride doesn’t: Charlotte Dujardin. According to Netflix, the British dressage champion has a cameo in the final episode of season 1. No word on whether the great Valegro will join her in the appearance.

Free Rein is aimed at teenagers and families, but you can bet horse-loving adults will be tuning in to the 10-episode series when it’s released on June 23.