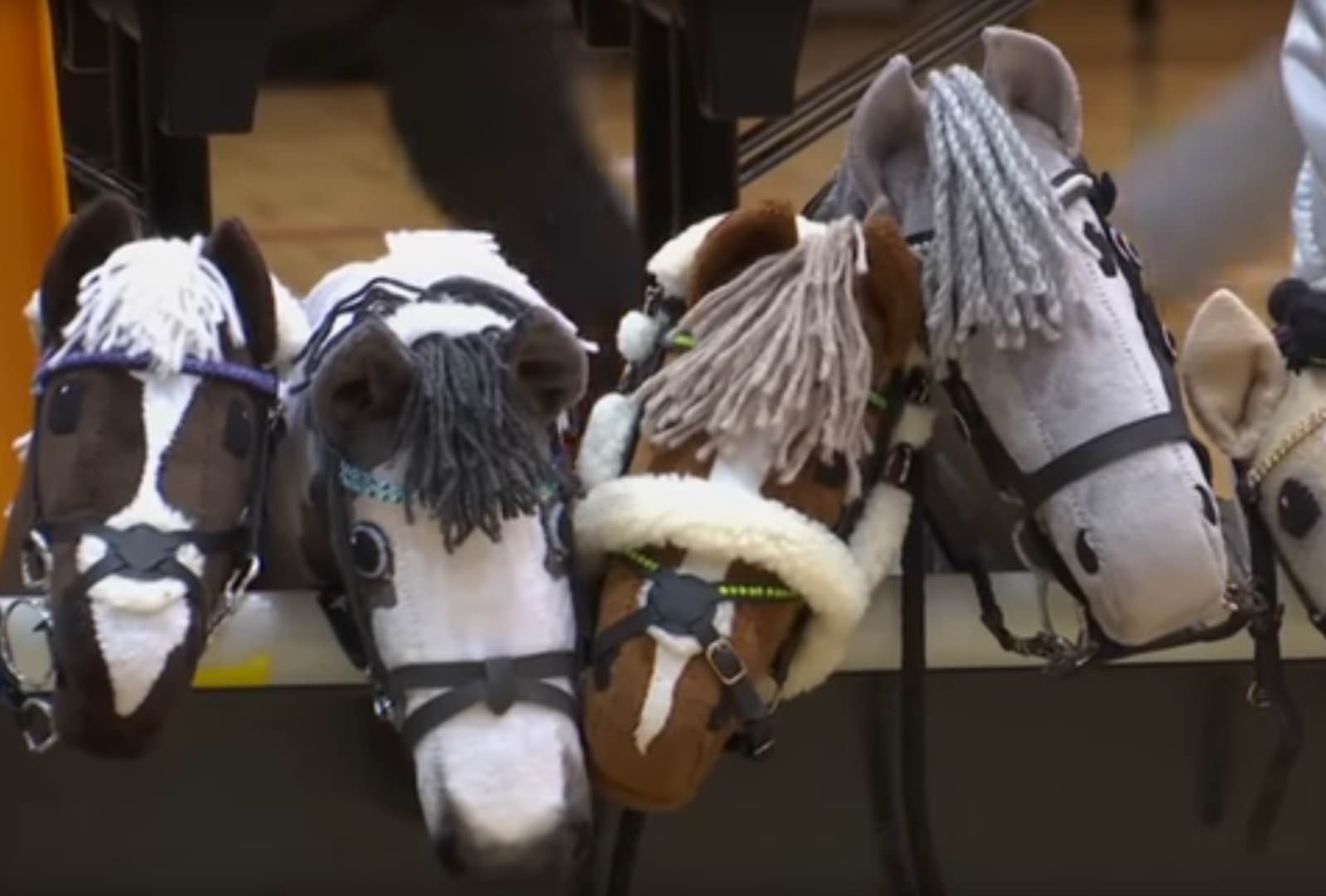 Who says you need to own a fancy, expensive horse to compete on the AA show circuit? Thanks to a new offering from the Tryon Summer Series in North Carolina, your mount doesn’t even need to have four legs or a beating heart.

Introducing the American Hobby Horse series, which will be held at the Tryon International Equestrian Center during the July hunter/jumper shows. In this class, young riders and their hobby horses (also known as stick horses) will perform dressage tests and jumper rounds, and top placing rounds will earn awards.

This is more than just your average stick horse class for tiny tots. Hobby Horsing has an enthusiastic following, mostly of teenage and pre-teen girls in Finland. The obscure sport became internationally known earlier this year when the media caught wind of a documentary titled “Hobbyhorse Revolution” and the unusual athletic event showcased within. The sport has gradually spread to other Scandinavian countries and other parts of Europe, though Finland remains decidedly its epicenter.

The sport is still largely a grassroots, DIY activity in its native Finland. There’s no official rulebook or governing body; participants communicate, organize events, and even trade homemade hobby horses primarily through social media and online forums. While store-bought horses are permitted, most participants craft their own equine partners.

After several media outlets ran stories about Hobby Horsing this spring, videos of competition tore across social media. While the tone surrounding these stories was largely bemusement, the earnest enjoyment of participants led to genuine interest in the sport around the globe. Tryon’s Hobby Horsing series will be one of the first opportunities American horse lovers (and/or future track stars in the hurdles division) will have to compete in an organized event.

The competition format is based on show jumping, where competitors attempt to finish a clear round in the fastest time. They’ll incur four faults for each rail knocked down during a round. Divisions are offered for Kindergarten and younger, first through fifth grade, and sixth through eighth grade in a variety of fence heights ranging from six inches to three feet. There will also be an open high jump class at each competition.

Currently, a Hobby Horse demo is scheduled for June 10 and qualifying rounds are planned for July 1, 8, and 15 at the Tryon International Equestrian Center. A championship competition will be held on July 22 for riders who have qualified. Ribbons will be awarded to the top eight finishers in each division, with special awards offered for best horse and best turned out rider. A group of three or more riders can opt to join forces, wear coordinating stable colors, and go for the best stable award, too.

Competitors must provide their own horses. They can create their own in the spirit of the Finnish origins, and pre-made horses are available for purchase on the TIEC grounds.

Find out more and register to compete at tryon.com.