A horse in Ventura County, California, got himself into some trouble last week when he made a valient—but poorly planned—escape from his stall.

According to a tweet from the Ventura County Fire Department, the horse’s companions were turned out and he wanted to join them. So, like a grounded teenager in a tropey sitcom, he attempted to sneak out the window.

#WatersInc.: Horse freed from corral window in Somis thanks to the specialized training of @VCFD USAR team. Vet has been called. pic.twitter.com/FgoN1XVPKp

The horse was able to get his front end, including both front legs, out the window. But he wasn’t able to clear the stall wall with his back half. While he wasn’t injured from his attempt, he was stuck with the wall digging into his abdomen, a situation that could have ultimately caused injury, and was most certainly uncomfortable.

Fortunately, Ventura County’s Fire Department has a large animal rescue team trained to handle the kinds of improbable situations that horses occasionally get themselves into.

#WatersInc: Horse was stuck attempting to get out of corral to be with companions. All @VCFD resources released. Horse was walking normally. pic.twitter.com/MPrTNgfzvv

In the video below, watch how firefighters from Ventura County train for large animal rescue. 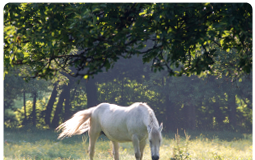