The newest officer in Pittsburgh’s police force is sure to turn heads when he starts patrolling the streets of Pennsylvania’s second-largest city. Tall, dark and handsome, Guinness the police horse stands 17.3 hands and weighs in at 1,800 pounds, according to Pittsburgh Police Commander Ed Trapp.

Say hello to the newest member of the #PghMounted Unit – our first horse Guinness. pic.twitter.com/4GYa6Sk2b2

Pittsburgh Public Safety announced Guinness’ arrival with a video on social media on October 17. It’s big news for the department as the acquisition of a first horse is an important step toward revitalizing Pittsburgh’s mounted unit. Back in March, Pittsburgh’s police department announced plans to bring back a mounted unit for the first time since the city disbanded its horse patrol in 2003 due to budget cuts.


Pittsburgh has not been entirely without a police horse presence over the past 14 years, however. The Allegheny County Police have had a mounted unit in operation since 1932. The county’s police horses are housed in the suburbs south of Pittsburgh. 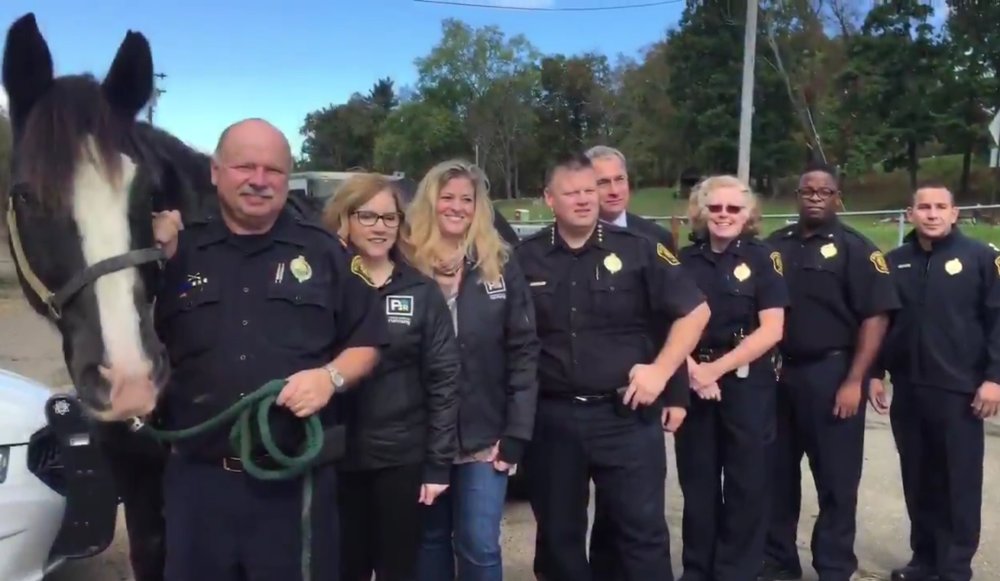 The city of Pittsburgh has been searching for draft horses and draft crosses for its new equine force. Guinness is a Paint/Percheron cross. According to an article on triblive.com, acquiring suitable horses has been a challenge. They’ve sought geldings between the ages of five and 10, preferably with some police horse training in their background.

A member of the fledgling mounted unit had been taking riding lessons on Guinness, and the department offered to purchase the horse from his owner with a donation from P3Revents, the organization that puts on the annual Pittsburgh Marathon.