On Nov. 17, British eventing competitor Eleanor Brennan, 21, died as a result of injuries sustained in a fall on cross-country at the Florida International 3-Day Event and Ocala Fall Horse Trials in Ocala, Fla., according to the United States Equestrian Federation and the Florida Horse Park . Her Irish horse, 11-year-old Mister Barnabus, was also fatally injured.

According to reports, the horse stumbled on course, struck a gate, then tumbled onto his neck and landed on Brennan. She died from head and chest injuries sustained during the fall after a short time at the hospital. Tom Warriner, chairman of Florida Horse Park, said event officials plan to review tapes to determine what caused the fatal fall.

Brennan was a British citizen who split time between the United Kingdom and Virginia, where she worked as a trainer. She was a regular on the American eventing circuit.

According to a report from This Is London, Brennan was once the youngest competitor at the Badminton Horse Trials in the United Kingdom and was a good friend of Britain’s royal eventer, Zara Phillips, daughter of Captain Mark Phillips and Princess Anne.

The British team manager Yogi Breisner said, “It is always tragic when something like this happens. My condolences go to her family and friends. She was a lovely, charming young lady and a good rider.” 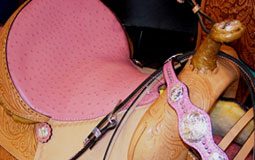