The recall was initiated due to the possible presence of aflatoxin contamination above acceptable levels. Aflatoxins are toxic compounds produced by fungi. The U.S. Department of Agriculture lists aflatoxins in its “Bad Bug Book” citing that “aflatoxins produce acute necrosis, cirrhosis and carcinoma of the liver in a number of animal species.” 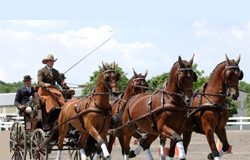