Nora Matthews, a veterinarian in the College of Veterinary Medicine & Biomedical Sciences at Texas A&M University, has spent the last 15 years studying donkeys, and she says they are a separate species from horses. In particular, Matthews has looked at how donkeys react to drugs and how they handle anesthesia, which appears to differ from horses.

“We know now that donkeys and horses react differently to drugs,” Matthews explains. “The way a donkey’s metabolism works is not the same as that of a horse. Donkeys metabolize a drug faster, which is surprising considering they are not usually as big as a horse.”

Donkeys come in three broad size ranges, Matthews explains. The smallest is miniature; standard is medium sized and the largest, which is about the same size as a horse, is called a mammoth. Donkeys also come in a variety of colors, including black, white, brown, gray and even pink. They can also be multi-colored.

As for their intelligence, Matthews says the term “horse sense” should have been applied to donkeys. “Many people think—and I am one of them—that donkeys are smarter than horses,” she explains. “In fact, they are very intelligent creatures who don’t scare as easily as horses. When threatened, they tend to freeze, which is probably how they got the reputation of being stubborn.”

Other donkey advantages, according to Matthews: Donkeys are better adapted to climate changes; they can withstand heat better; they can go longer without water than a horse; and they are more resistant to many diseases than horses. Donkeys live longer than horses, too. Matthews says it’s not uncommon for donkeys to live 40 years or more (some have lived to be 60).

Another useful trait of donkeys: they can guard a herd of sheep against predators such as coyotes and wolves. “Donkeys are frequently used in Western states and other countries as guard animals because they will run off coyotes,” Matthews says. “But dogs and donkeys don’t get along at all. They will kick and bite at dogs and coyotes in a very effective manner.”

Additionally, donkeys are very affectionate, easily trainable and respond extremely well to voice commands, Matthews says. Because of their gentle nature, they are frequently used for riding for disabled persons, and they are usually well-behaved when around children, she adds.

Donkeys are especially popular in Central and South America and parts of Europe, where they are still widely used as work animals, and China appears to have about 11 million donkeys, more than any country. It’s estimated there are about 90 million donkeys worldwide, Matthews adds.

“If we can learn more about how they react to medicines and new drugs, it can help us in other areas,” Matthews continues. “For instance, we know that donkeys give birth to twins much more often than horses. Why, no one knows. To date, there hasn’t been a great deal of research done on donkeys, and with them, one question seems to lead to many other questions that we just don’t know.” 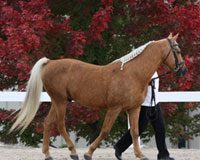