ATTENTION CUSTOMERS: Orders and deliveries are temporarily affected by a technical issue with our server, but will be back to normal soon. In addition, any saved credit card information will not be accessible temporarily. Thank you for your patience. X
844-330-6373
0 ITEMS

The Associated Press has reported that a lawyer for the horse slaughter facility, Cavel International, is asking the U.S. Supreme Court to review an Illinois law that forced the plant’s closure in September.

Cavel International, based in DeKalb, Ill., was the last remaining equine slaughter facility in America. Two other U.S. plants, both in Texas, closed earlier this year.

Cavel’s legal fight has been long running. On Sept. 21, the plant tried to persuade a federal appellate court to overturn an Illinois law that prohibits the killing of horses for human consumption. That law was passed in May 2007, but Cavel claimed it violated international commerce rules.

“Even if no horses live longer as a result of the new law, a state is permitted, within reason, to express disgust at what people do with the dead, whether dead human beings or dead animals,” Judge Richard Posner wrote for the federal appellate court Sept. 21.

Cavel killed as many as 60,000 horses each year. At one time, about 1,000 horses a week were being killed and processed at the DeKalb plant. The horsemeat was then exported to other countries.

Cavel has operated for 20 years, generated $20 million in annual revenue and employed about 60 people, according to court documents.

According to Cavel’s attorney, the plant has until Jan. 18, 2008 to file its latest petition.

Horses as Therapy: Industry Experts Weigh In During Livestream 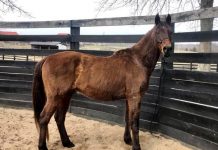 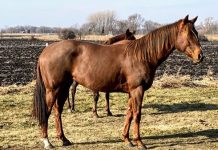