Just because the Quarter horse is America’s horse doesn’t mean it isn’t also becoming popular around the world. As evidence, Europe’s most important Quarter Horse event, the European Championship of American Quarter Horses in Kreuth (Germany), will be offering a whole lot of Euros to the winners of major classes. There’s even a European Superhorse award for the horse collecting the most points in a variety of classes, demonstrating its all-around talents.

“This Award is a special tribute to the versatility of the American Quarter Horse,” says show manager Uwe Bader.

The show is scheduled for Aug. 18 – 26. The European Championship awards more AQHA points than any other event in Europe. Oh, and there are trophy buckles, too. This just goes to show that the American Quarter horse may be one of the most popular American exports. 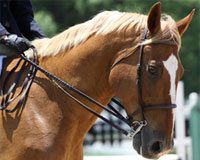