Horse survives accidental plunge into frozen pool
A horse was rescued after accidentally taking an icy plunge in a swimming pool, from The Boston Globe. Read more >>

Horse park dealt setback
A University of Maryland, College Park official delivered a major blow this week to hopes of locating a state-sponsored horse park on a 900-acre farm in central Howard County, but members of a citizens task force haven’t given up exploring the idea, from the Baltimore Sun. Read more >>

Owner of neglected horse gets 100 hours
A District Court judge sentenced a man accused of neglecting his horse to 100 hours of community service Wednesday for misdemeanor animal cruelty, from The Garden Island. Read more >>

G10 Eventing Summit Audio Broadcast Live on USEventing.com
If you aren’t fortunate enough to attend this year’s United States Eventing Association’s Annual Meeting and Convention, presented by Nutrena, in Colorado Springs, you can still listen in on the action at the pinnacle forum: the G10 Summit. The USEA’s Group of 10 (G10), a day-long national forum for the ten Areas of the United States, will be held on Saturday, December 8, beginning at 8 a.m. MST, from the USEF. Read more >> 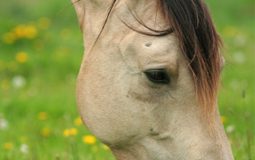